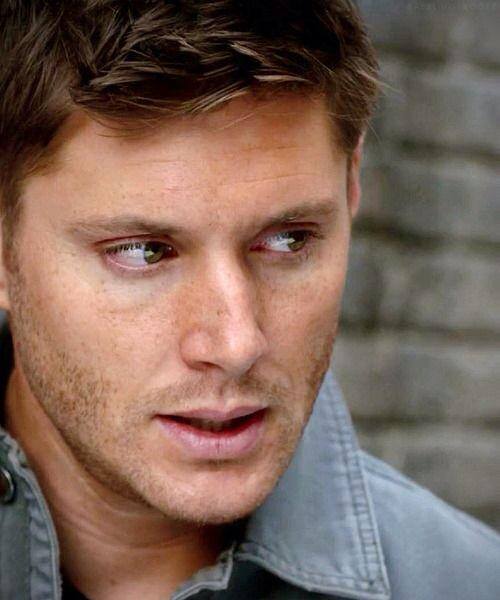 Now that I have your undivided attention ...

It's the end of the old year and Dean's reflecting on one of the more important things in life; his freckles. Dean's POV.

That's the exact number of freckles that stare back at me from across my nose every time I look in the mirror.

And I hate each and every one of them.

I know it's exactly thirty-seven, because I've counted them regularly ever since I was twelve in the hope that they'd disappear as I grew up.

And of course, I could never be that lucky.

Because, really, who has freckles?

Ten-year-old girls, that's who. Girls with pigtails and skipping ropes; not badass monster hunters with a marksman's eye and more testosterone than an elk rut.

I'm only a modest guy, but when a dude's been dealt a royal flush in life's genetic poker game like me, you can't blame him for valuing his looks.

But, even so, it's probably slightly unhealthy that I know that those thirty-seven freckles increase to two-hundred-and-forty-nine when you add the ones across my chest and, worse still, to five-hundred-and-forty-two when you include my shoulders. My freakin' forearms raise the number to seven-hundred-and-ninety-seven and it's all rounded off by those three little stray bastards on … oh never mind.

I'm just glad I never managed to count the ones on my back!

And nothing shifts them. Not sunburn or frostbite or that stupid girly exfoliating cream that Sam thinks I don't know about, but secretly wonders why it runs out so quickly. Not even an alcohol-induced faceplant into gravel can touch the sonsofbitches.

Seriously, if I get told how cute my freckles are one more time …

Listen world; they're not freakin' cute!

But anyway, they're there and that's it; gotta make the best of them.

There's a new-year party downtown tonight. Wonder if some hot chick wants to see how far down they go?

And as we head into 2014, can I just add my very best wishes to you all for a happy, healthy and prosperous new year :)
Tags: dean winchester, drabbles, fan fiction, freckles, humour, supernatural
Subscribe