What if the only witness to something mysterious hadn't been a dog? 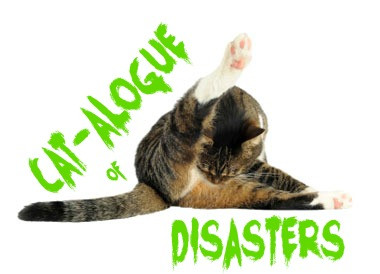 Sam was hunting high and low for his brother.

Ever since Dean bespelled himself so he could communicate with 'Tibbles', the only witness to a horrible homicide, he seemed to be forever going missing. Variously, Sam had found him curled up under tables, behind bushes and, on one notable occasion, attempting to wedge himself into a cardboard box.

Finally Sam found his errant brother; fast asleep and sprawled in a state of magnificent, boneless relaxation over the top of a radiator.

And snoring. Or was that … Purring?

Sam felt relief wash over him.

And perhaps, just a little pang of jealousy.

"... So, these spells need ingredients that have been blessed under a blue moon, but that won't be for another five months, so … Dean?"

"You, taking a cat-bath; licking yourself!"

"I wasn't licking myself," Dean snorted unconvincingly, folding his arms to hide his undeniably damp wrists from Sam's prying eyes.

Sam's voice faltered as Dean leaned down, his leg suddenly appearing from under the table, to point up at the ceiling.

Dean's head whipped round frantically, wild eyes latched intently onto the red dot which winked and weaved around the room.

Pirhouetting swiftly, he scampered across the room, scrambling to an inelegant stop in the corner and bouncing on his toes as he scrabbled manically at the wall; his infuriating prey hovering forever out of his reach.

Lunging forward, he pounced and slid, belly-down across the floor, eyes still locked onto the teasing little red light that looped and bobbed across the linoleum just in front of his grabbing hands.

Who'd have ever thought a laser pointer could be such fun?