Kevin was thrown unwillingly into this violent and unforgiving world.

He wasn't a warrior, he was a thinker. Armed only with his formidable mind, he'd accepted his fate and the horror that he was forced to face, and joined the fight with the Winchesters at his back.

He'd trusted them to protect him, and Dean had failed him.

Now he lay crumpled amidst floating flakes of ash, those eyes which found so many hidden secrets, burned out of his head.

Dean would cry enough tears for them both. 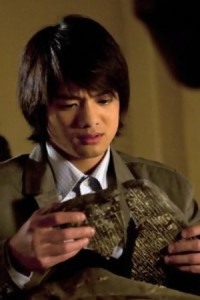