I went out after work last night to meet Stephanie, my lovely JIB buddy from Switzerland.  She's over in the UK at the moment, and as she's not going to JIB this year, this was likely to be my only opportunity to catch up with her. Yesterday was also her birthday, so another great reason to catch up!

We met in London at Waterloo, and we walked long the South Bank to a nice restaurant called 'Sea Containers House' which is one of my favourite eating venues along the Thames.  We had a great catch up, and lots of chat!

Now I happen to know that Stephanie is a personal friend of Rick Worthy, (Supernatural's Alpha Vamp).  They met some years ago when she was volunteering at a convention and have stayed in touch ever since.

What I didn't know was that Rick has been in Europe recently and happens to be in the UK right now, and Stephanie said 'I've been in touch with Rick now he's in the UK, and he might join us tonight.  Would you mind?'

Would I mind???? Seriously?

Rick did join us.  By the time he got to us, we'd finished dinner and he was able to join us for dessert and drinkies. He was an absolute delight and we had a fabulous fun evening - especially our farcical attempts to take a decent selfie, and Rick's reaction when he found out my surname is 'Disney'.

It was certainly not how I'd expected the evening to pan out, but I'm so very glad it did!! 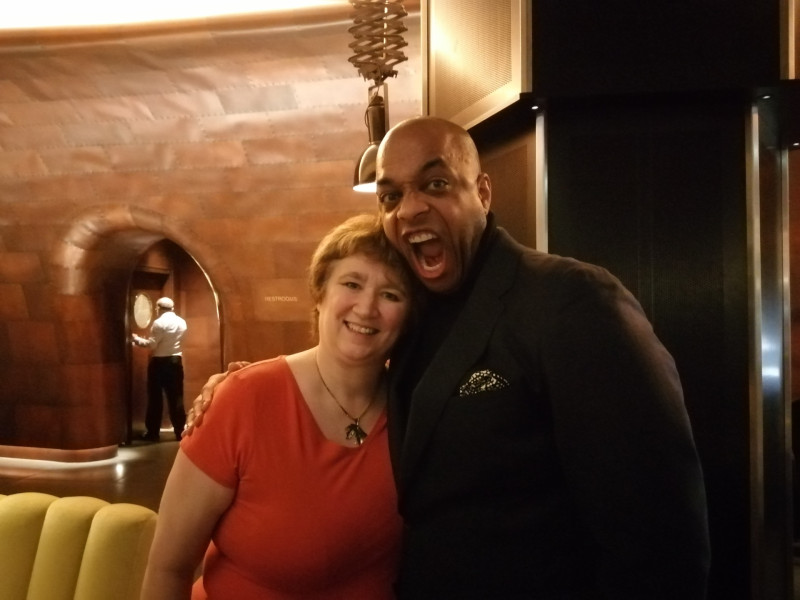 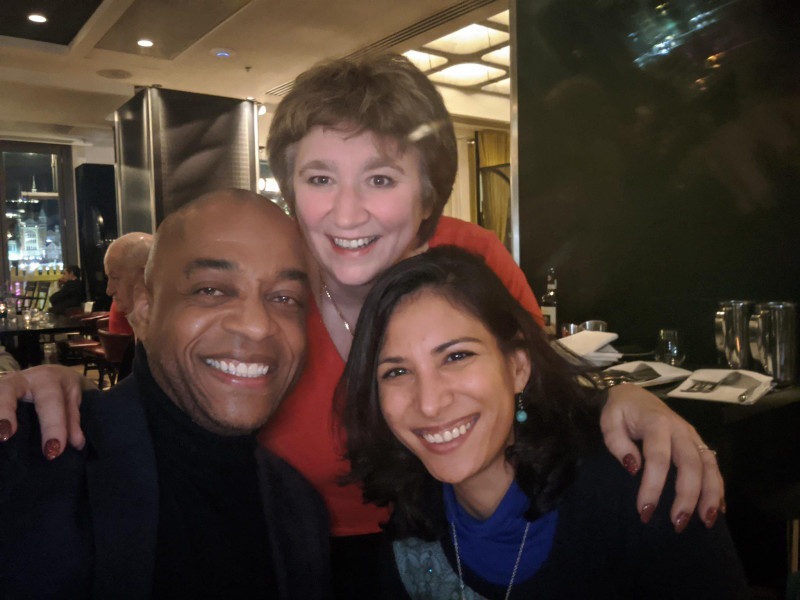