Man of Many Talents - a Multi-talented Jensen Picspam

It is a question oft asked, but rarely answered; ‘is there anything Jensen can’t do?’ And not just 'do’ but do brilliantly?

Many doubt that this is possible, but in the name of science, enquiring minds need to know.  So today, we are going to explore Jensen's many talents and many qualities, and from this, draw a conclusion that there must be something he can’t do like an absolute bloody boss.

So, first and foremost, let’s acquaint ourselves with the subject of this picspam. 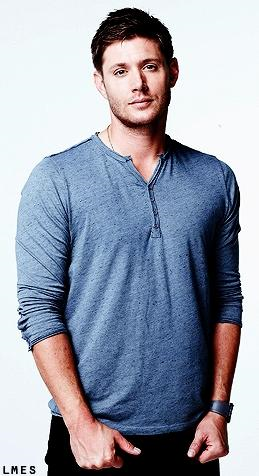 Jensen is a very talented actor. He can tell an entire story with the slightest nuance of expression.

And there’s not dry seat in the house when he’s playing it for comedy. 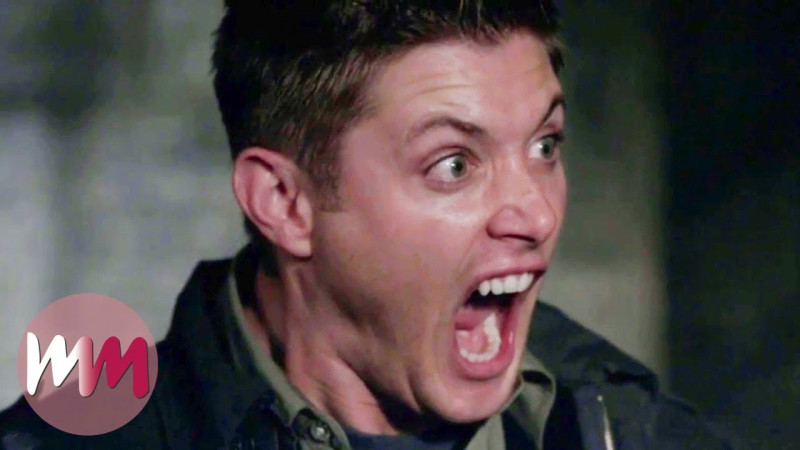 Aside from acting, one unquestionable talent that Jensen possesses is ovary murdering.

He’s far too bloody good at that. *mourns smoking ashes of ovaries* 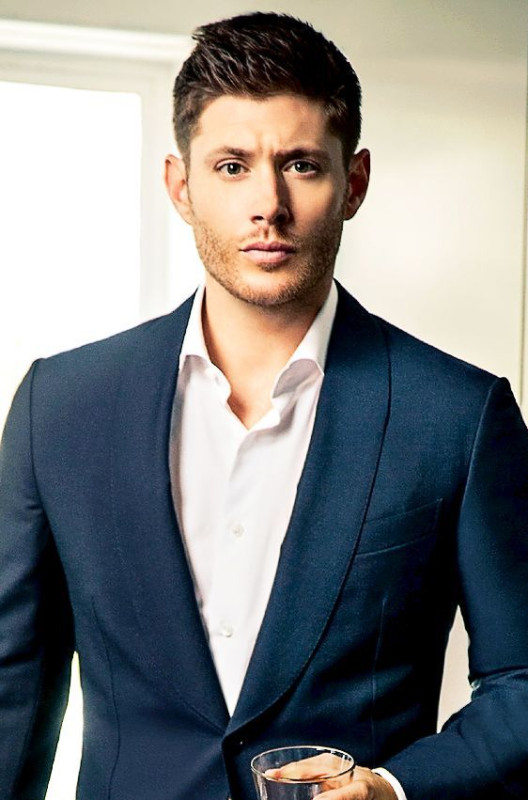 Jensen’s first career path was modelling, which – of course - no-one can deny he was very good at. 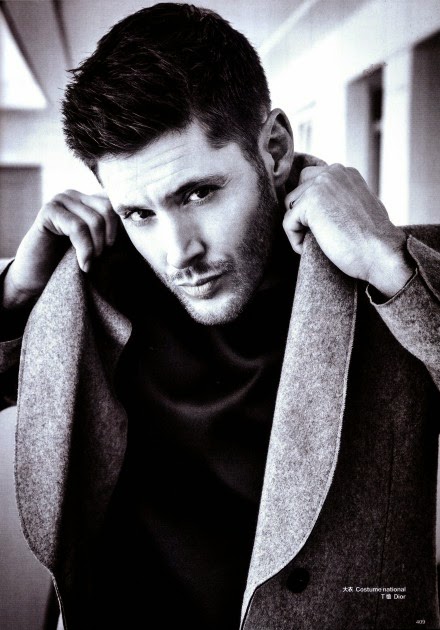 As you can see, Hotstuff level – expert 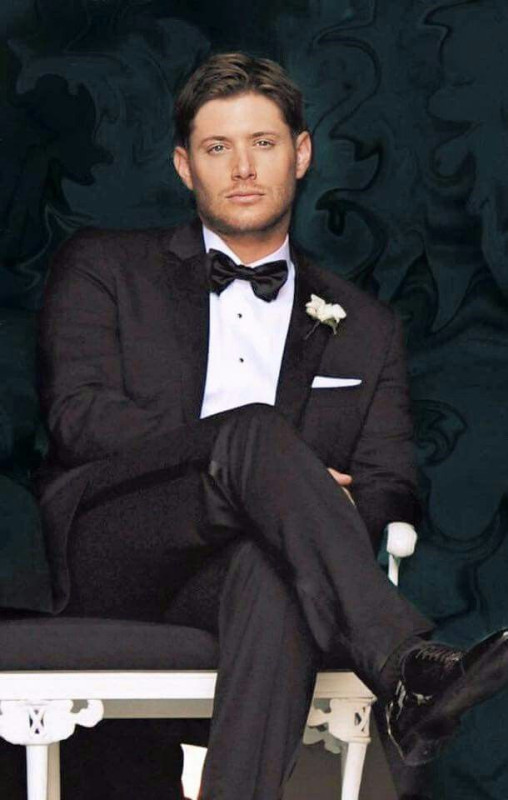 Okay. Be fair – it took a bit of practice to get to his current level! 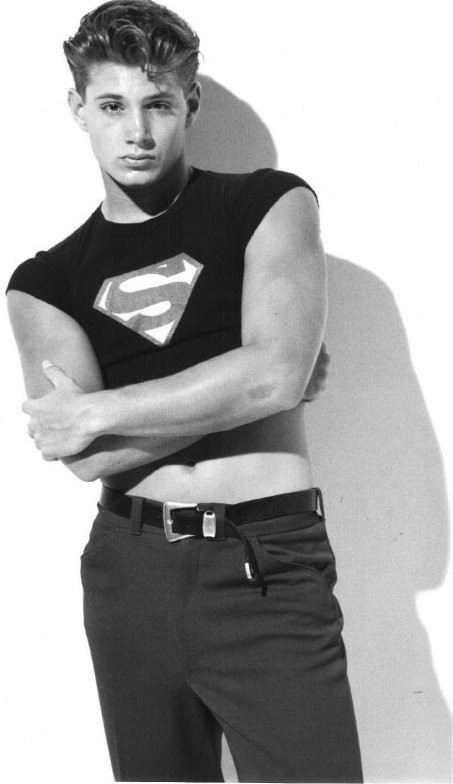 He likes hanging out with his best friends 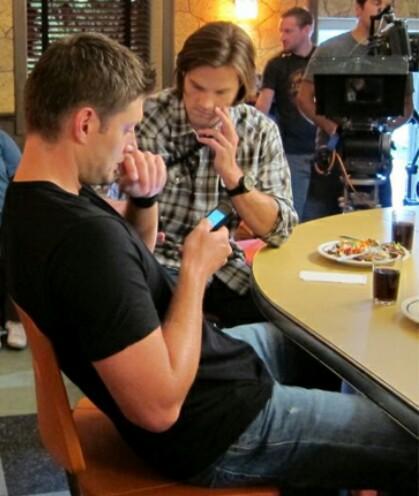 And his friends REALLY love hanging out with him … 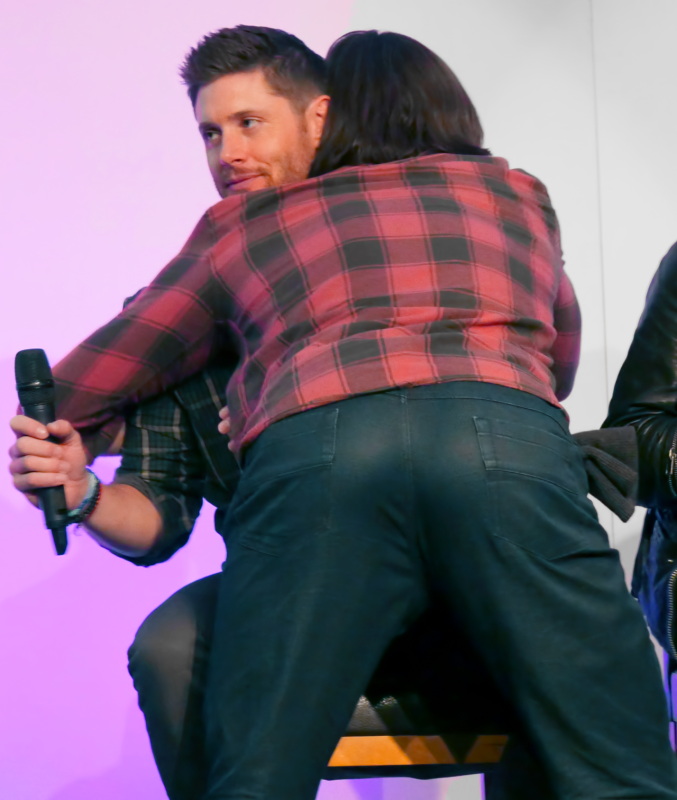 Jensen has lots of other talents. 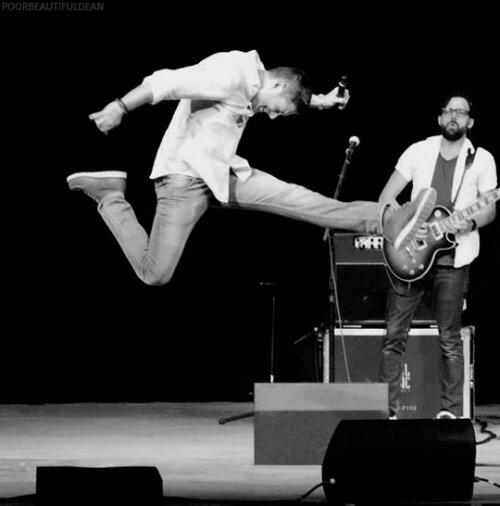 Okay, you may argue that jumping is not the most useful of skills, but it comes in handy for doing stunts. 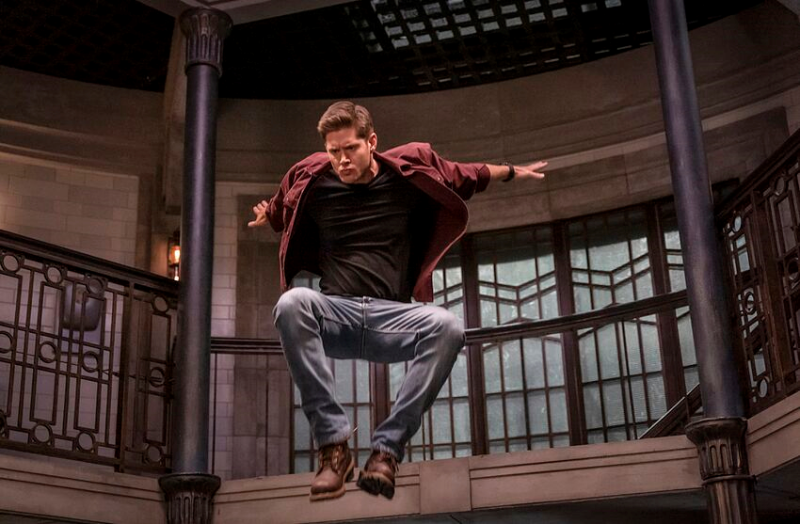 He has other skills that, whilst not particularly useful, mean that he’d at least be fun to have around at boring parties. 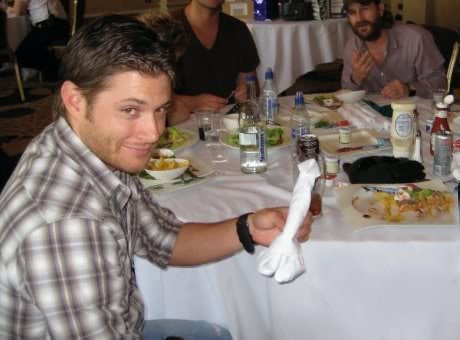 On the subject of parties, it’s no secret that Jensen is a very talented musician.

He can also play a mean guitar. 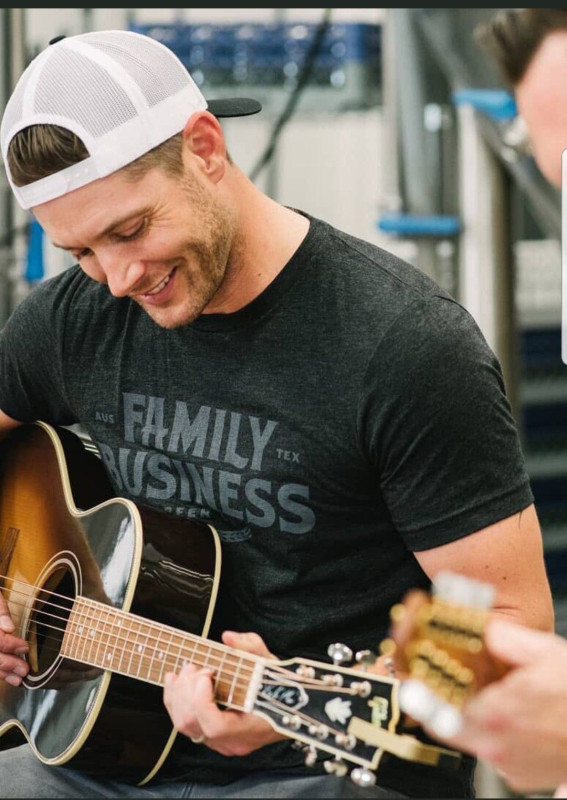 Sometimes, he can even do both. Who says men can’t multi-task?
This is Jensen we're talking about! 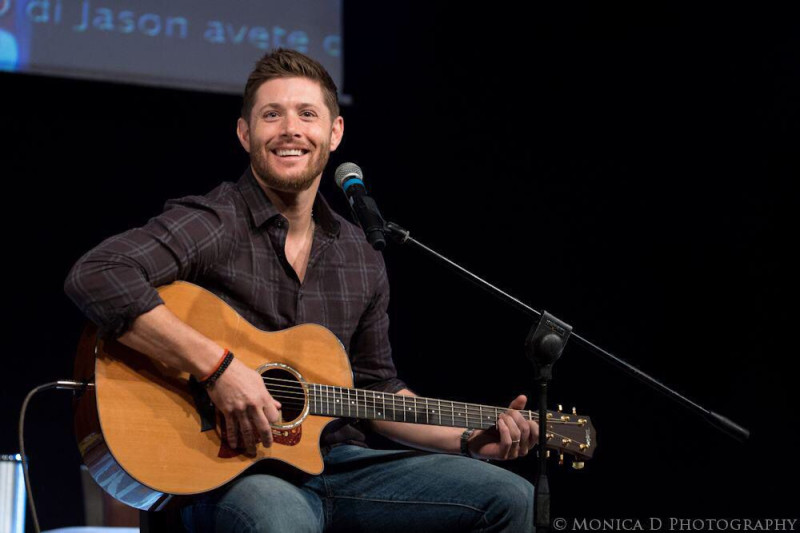 Jensen still manages to look cool, calm and collected when appears to be being eaten by his guitar. 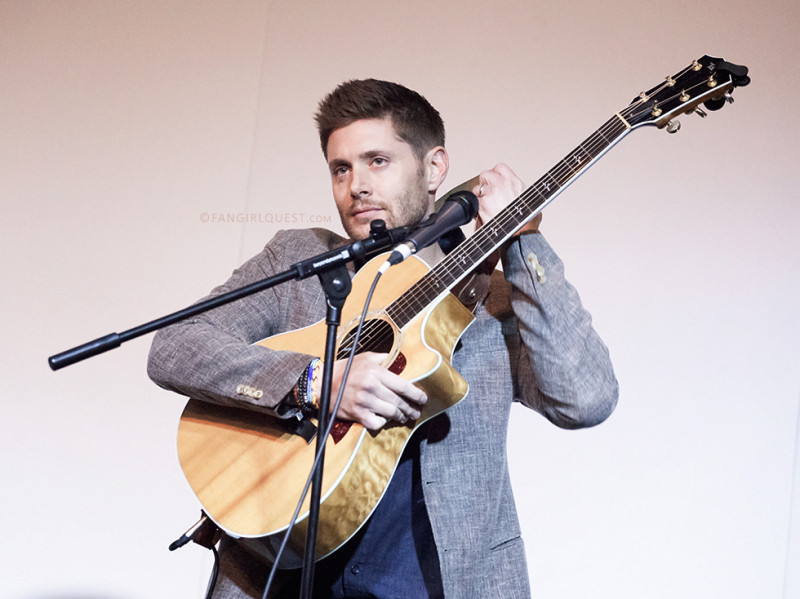 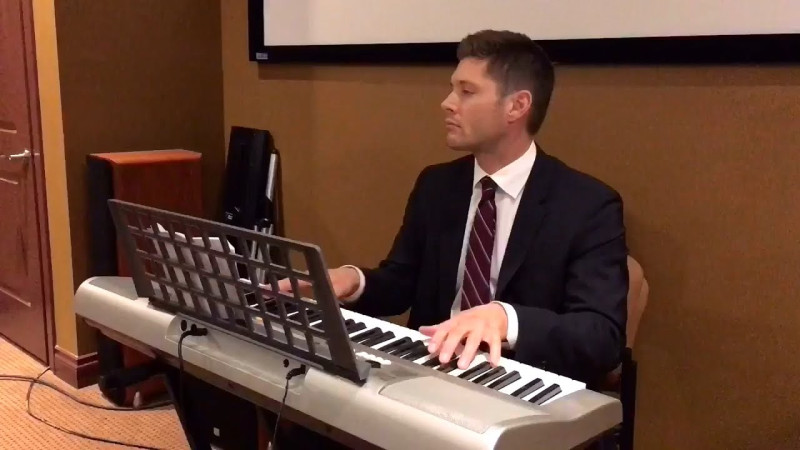 (or at least, if he can’t play a keyboard, he’s very good at pretending that he can)

Of course by now, it will come as no surprise that Jensen can write songs as well as sing them and play them. And he can do all that while wearing a really cool hat. 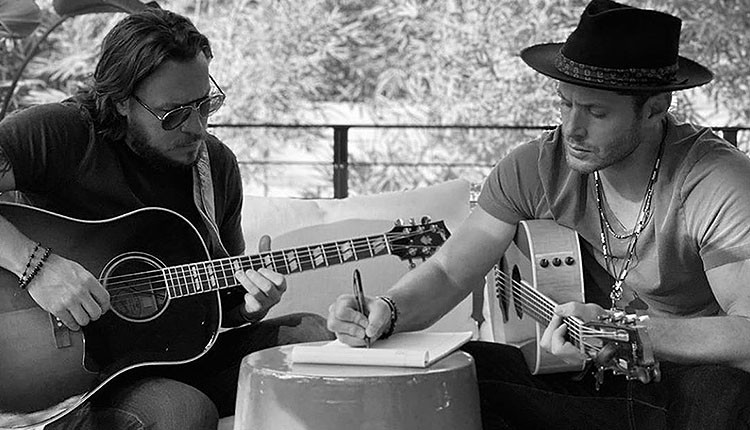 So, of course, no one was surprised when Jensen and his friend released an album and it melted the download chart. 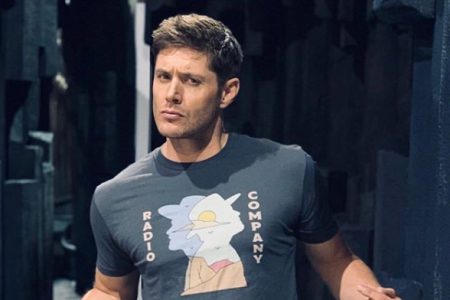 Given that Jensen can sing, write songs and play musical instruments (and wear cool hats), it follows that, of course, the flawless sod gifted gentleman can dance too.

And we’re not just talking about a quick shimmy along to a favourite song. Give him an hour's practice and he turns into sodding Fred Astaire:

He doesn’t even have to be standing up to dance. Because, apparently when you're superhuman, you can invent an entire dance routine sitting down.

His undeniable ability to dance brings us to his sporting prowess.

Jensen is great at soccer. 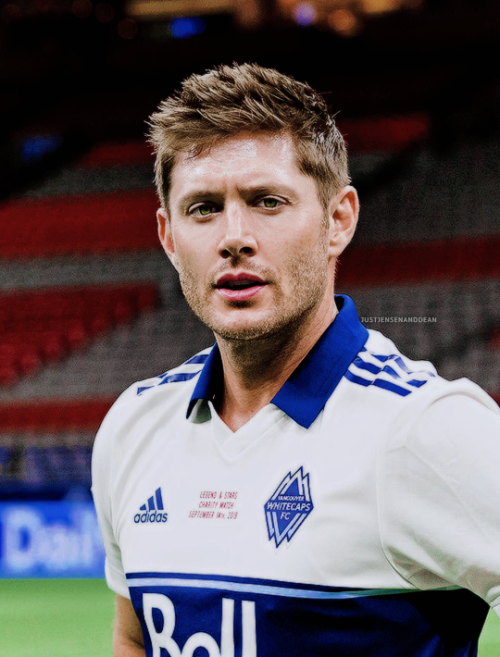 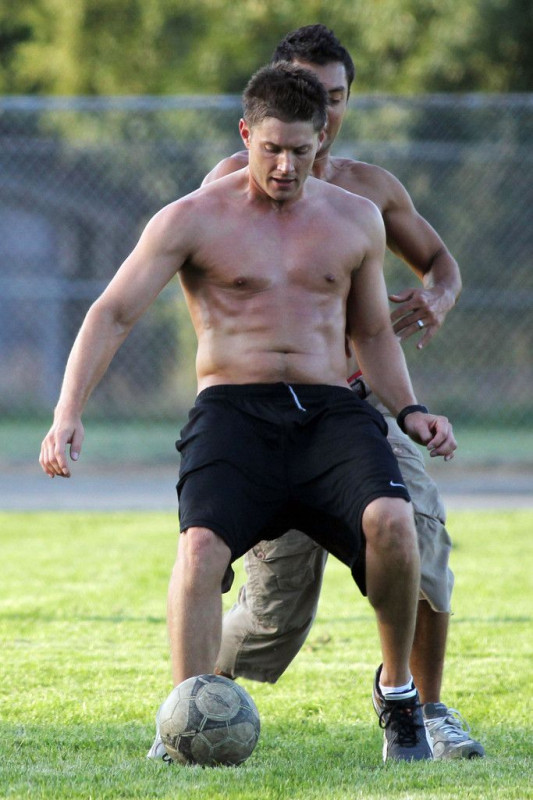 Soccer is only one of his many sporting talents.

Tough Mudder is no match for Jensen. 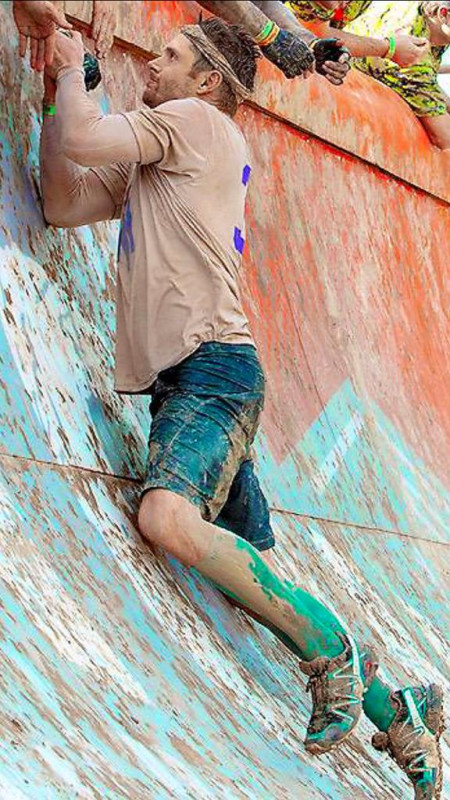 Does anyone else want to lick him clean...?
No?
Just me then. 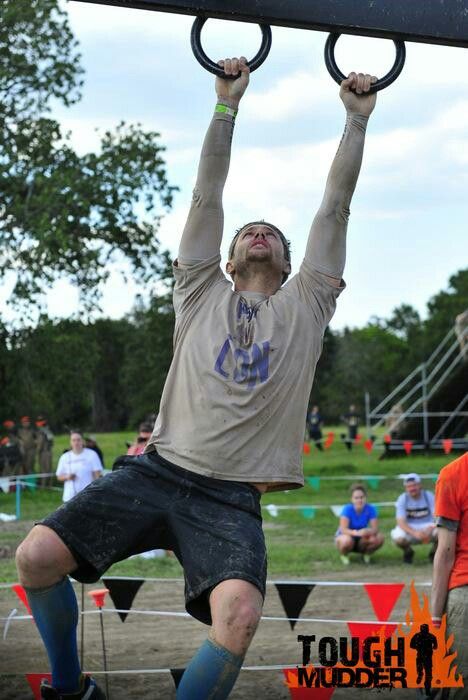 And he has also run a marathon, along with Jared who loves running marathons and must have lungs the size of Wyoming. 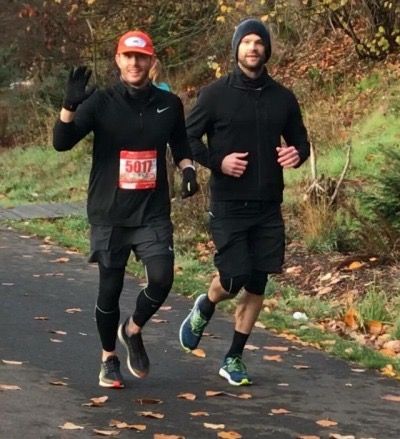 Please observe the total lack of puking, crawing, cursing and collapsing demontrated in this picture of Jensen running a marathon.
I'll say it again ... Running. A. Bloody. Marathon! 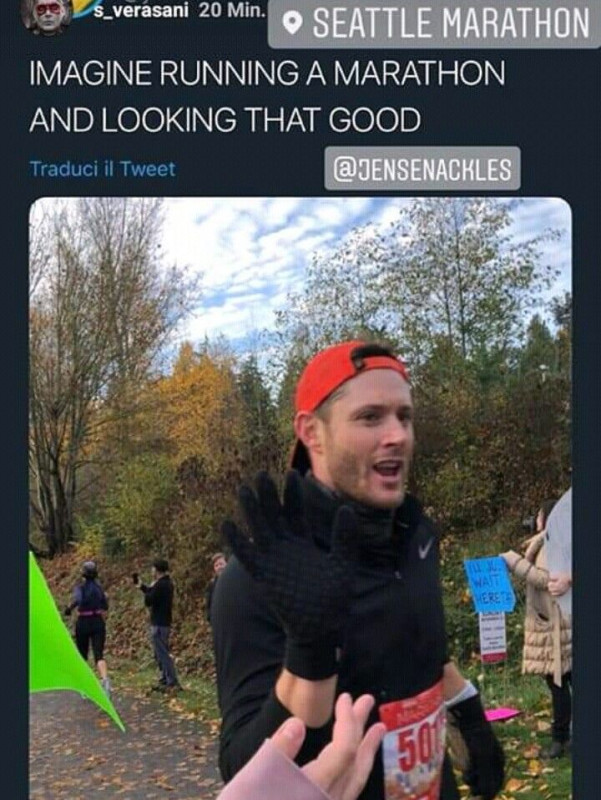 Other sports that Jensen has exhibited unnaturally great talent for include: 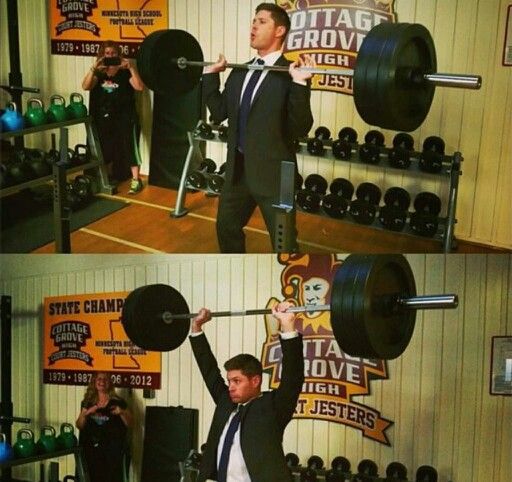 (Can we just take a moment to think about how Jensen successfully executed this trick shot on the FIRST take!)

It is a simple fact of life that even when there is no acting, modelling, jumping, music, dancing, sports, or penis-shaped napkin arrangments involved, Jensen is still the best at everything he does.

When Jensen cosplays, he REALLY cosplays… 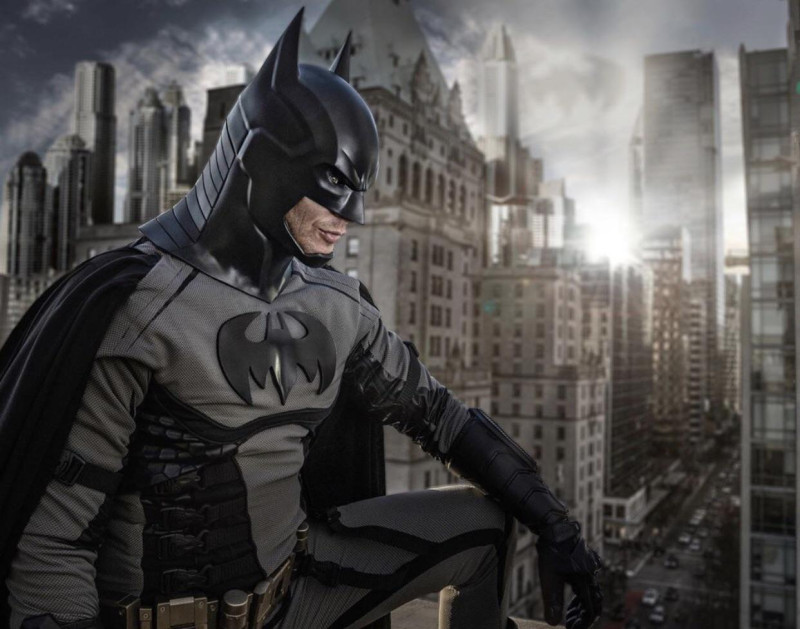 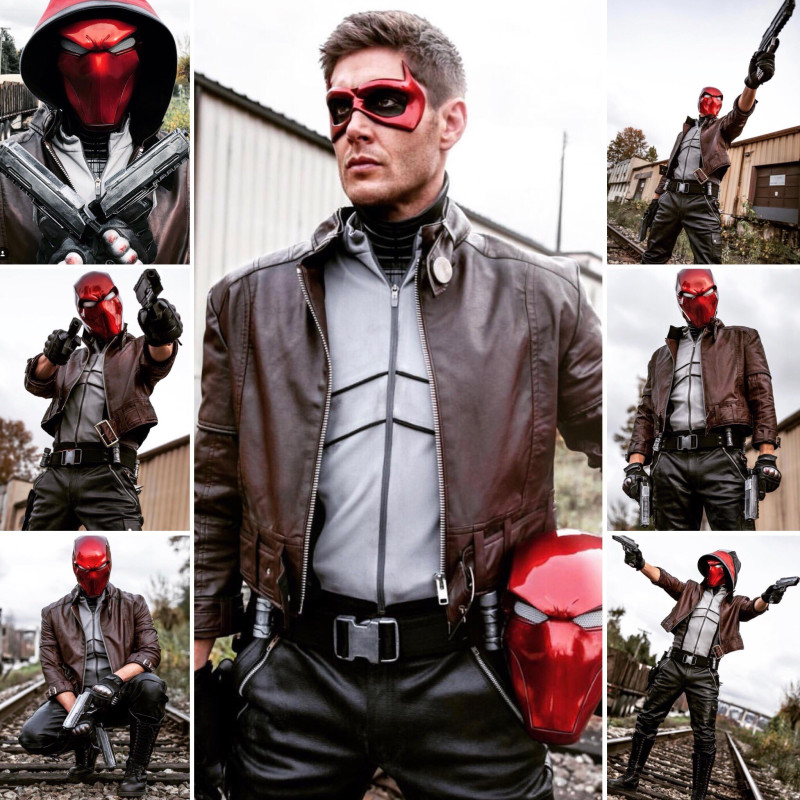 I don’t know if ‘looking fecking amazing in leather beeches’ is a talent, but if it is, Jensen is the freaking motherlode.

And, moving on reluctantly from leather breeches ...

when Jensen decides to open a business… 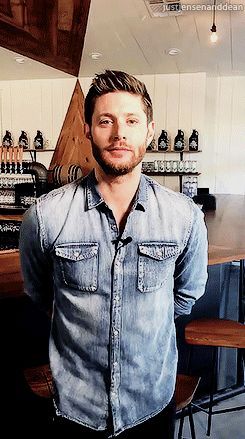 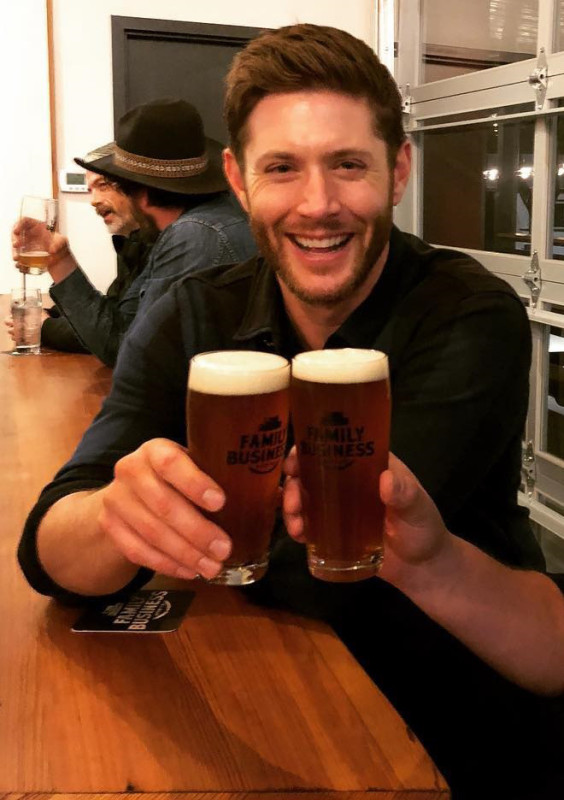 We have examined many of the Ackles activities, and assessed the level to which he performs them.

Is there anything that he can’t do to a standard that makes ordinary men weep? Is there even the merest atom of mediocrity in our boy’s make up?

Jensen is a God amongst men… 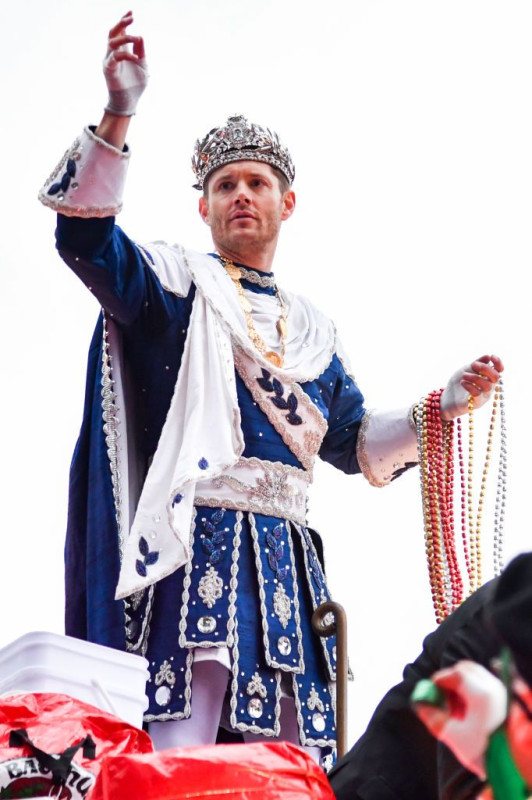 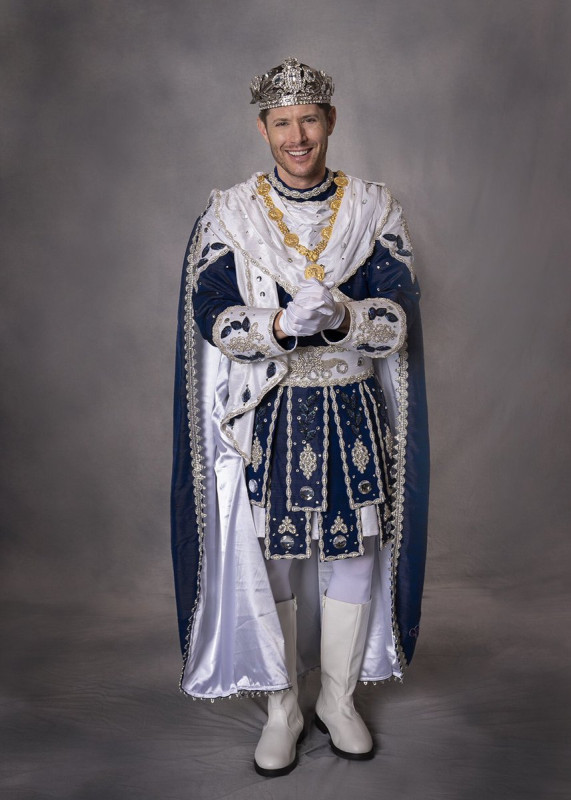