I was away visiting my parents this weekend, and I missed yesterday, so here's double bubble to make up for it!


December 07 → talk about music this year

This is always a difficult one for me because unlike a lot of you guys, music isn't a big part of my life.  I have my favourite bands, and my favourite songs, but I'm not one of these people that goes to concerts regularly and listens to music just for the experience.

That said, for many years now Mr D and I have been recording and rewatching reruns of 'Top of the Pops', which was a music programme that was on UK TV from the 60's through to the early 2000's.  We started watching the reruns when they were showing 1978 and currently we're now up to 1988.

Through watching these shows, every now and again a song pops up which I really loved back in the day, and that I'd forgotten all about, and one such song turned up on this week's edition:

Such a beautiful song - enjoy!

December 08 → talk about games this year

England made it to two world cup finals this year which was a great achievement, and although I wasn't actually at the matches, I was still able to watch both of the games.

In mid-July we made it to the Cricket world cup final, playing against New Zealand who are one of the best short-format Cricket teams in the world.  The match was as close as it is possible to get in Cricket, even going to a 'super over', the cricket equivalent to a penalty shoot-out.

It was one of the longest and most stressful half-hours of my life ... 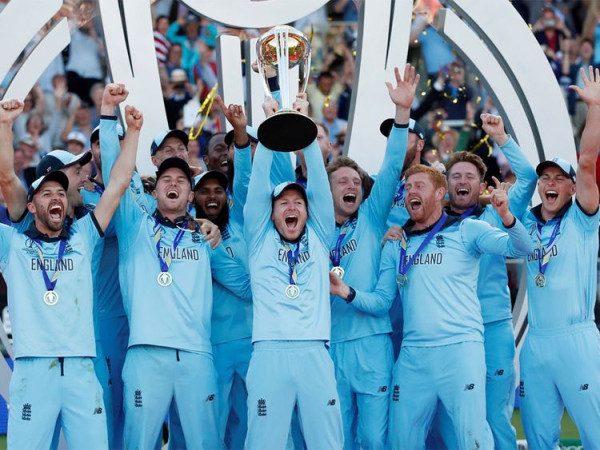 Still, I guess one out of two's not too bad.