I'm not ashamed to admit that I'm nerding out like a good'un over the fiftieth anniversary of the moon landings.

I was only 16 months old when it all happened back in 1969, and so unfortunately I was far too young to have remembered it all happening at the time, so I'm living vicariously through all the TV shows and internet articles that have been floating around over the last few weeks.

Tonight Mr D and I are celebrating this momentous event with a curry, a bottle of wine and one of my absolute favourite movies (which just happens to be all about the Moon landing)... 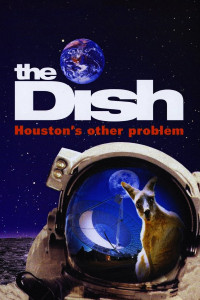 And, of course, those Winchester boys are marking the occasion too ...

“Hey Dean. Imagine, it's fifty years since men walked on the Moon. Fifty years and those footprints are still up there.”

“Just think, every kid would learn about us in science lessons - we'd probably end up having an asteroid named after us or something.”

“Asteroid?  You can get cream for that!”

“I know what a friggin’ asteroid is, Brainiac.  Whatever, screw stupid asteroids, I'd want a proper planet named after me.”

“A proper planet? So not Pluto, then?”

“Shut up Sam, Pluto totally is a planet.  Anyway, Planet Dean, it's got a good sound to it, don't you think?”

“Right Dean, and what sort of planet would Planet Dean be?”

“Oh, I'd be a really interesting planet, with big sparkly rings and auroras and ice volcanoes and shit like that.”

“Hey, I know space stuff, bitch, I watched Star Trek all the time when we were kids.”

“Okay, Mr astronomy expert, what sort of planet would Planet Sam be then?”