19th December  - What you learned this year

2018 has been something of a milestone year for me, and overall it's been a fabulous year - exhausting and crazy - but fabulous!  If I've learned one thing this year it's - zorbing is not for me!  I'm glad I tried it, but in future, I'm happy to leave it to less accident-prone people!!!

20th December - A picture of you taken over 20 years ago

This handsome gentleman was Cobbles, his mother was a heavyweight hunter, his father was a Clydesdale.  He was like riding an armchair!

This picture was taken mid-nineties! 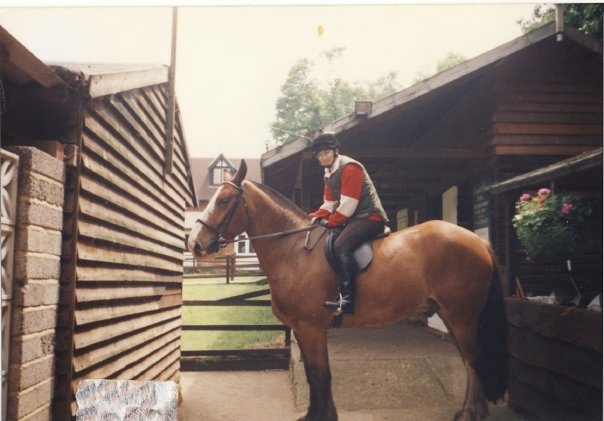