So, Boxing Day morning, is traditionally the morning when Mr D and I drag our huge overfed carcasses out of bed, and stroll about a three mile round trip into the neighbouring village of Windlesham for their annual pram race.

This is an event that runs every year on Boxing Day morning through the village of Windlesham, and the communities of the two villages, Lightwater and Windlesham, turns out for it. The event has been running for around 50 years and raises a lot of money for local charities. In previous years it’s rebuilt a scout hut, put a public defibrillator in Windlesham village centre, and preserved several local playing fields and sports clubs. It’s basically a glorified pub crawl and runs a two mile course through the village, passing Windlesham's five pubs:

The Brickmakers Arms
The Surrey Cricketers
The Sun - which is our nearest pub, so where we pitch up to watch the fun
The Half Moon and
The Bee

And yes, racers are expected to 'support' those pubs along the route - and they do, enthusiastically!

The 'prams' can be any wheeled vehicle or contraption that has no form of power except being pulled or pushed, and that's where the fun starts:

The themes and fancy dress are always many and varied as usual and in the best British pantomime tradition, wherever there’s a theme that requires a glamorous woman, they are generally played by a man. And usually the biggest, hairiest, most unfeminine bloke possible!

Although there is never an 'official' theme, each year, there are one or two themes that seem to crop up repeatedly on a number of floats.  A couple of years ago it was Donald Trump and Brexit (neither very complimentary!!), last year it was Peaky Blinders and Game of Thrones and this year, it seemed to be environmental issues.

Here’s a cross section of some of the ‘prams’ and costumes from this year: 101 Dalmations stopping for a pint 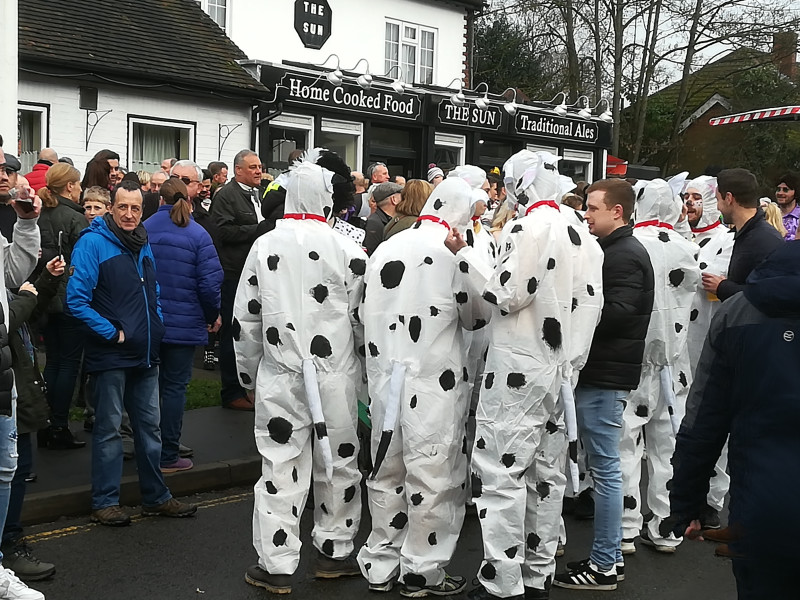 Noah and some of the passengers of hs ark :) The star of the show! 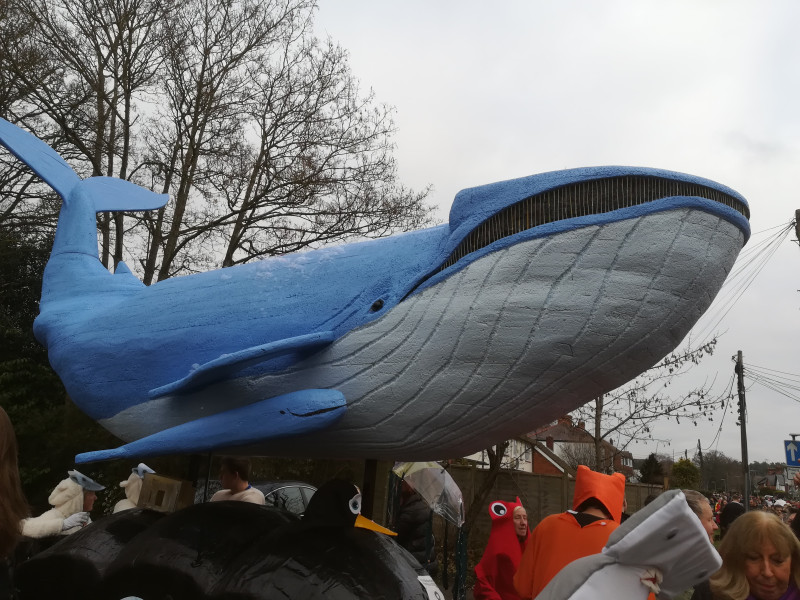 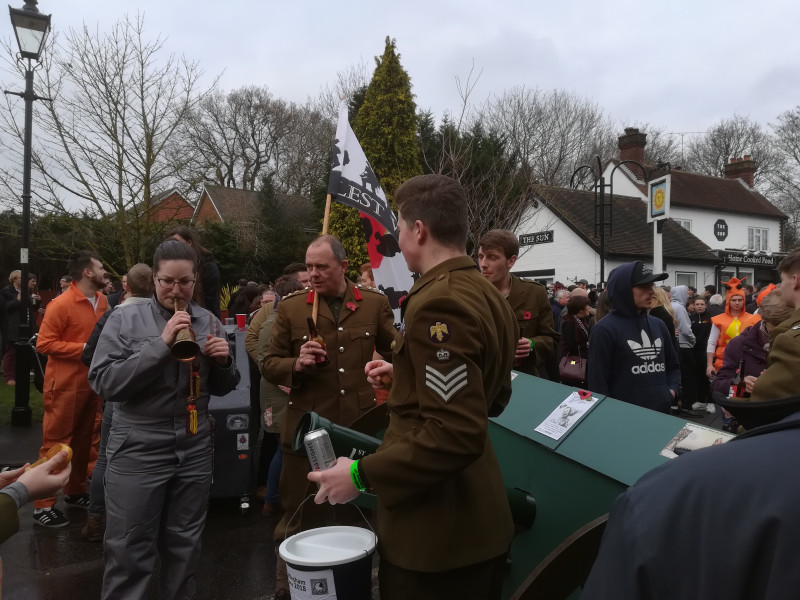 The pink ladies - looks like they've had a hard life since the Grease days! A collection of Doctors - unfortunately I missed 13, she was in the loo! Whale starts his journey down the hill toward the Half Moon! And finally, here's a little video - please excuse my commentary - I'm not sure how much you can hear over the music, but hopefully it gives you a little taster of the event.  And apologies for the gruesome photobomber at the end :D