So, my con adventure began with SPN UK, the first (and so far as we know, only) Creation con in the UK.

After last year’s Asylum debacle in Blackpool I was equal parts thrilled and relieved that this con was back on familiar and much-loved ground – the National Exhibition Centre (NEC) in Birmingham.

It was at the crack of dawn on the Saturday of Creation con that I set off. Birmingham is about a 2.5 hour drive from my home, so up at 5am, I hit the road just before 6 am.

All packed up and ready to go, complete with suitcase, laptop and Scooby Doo… 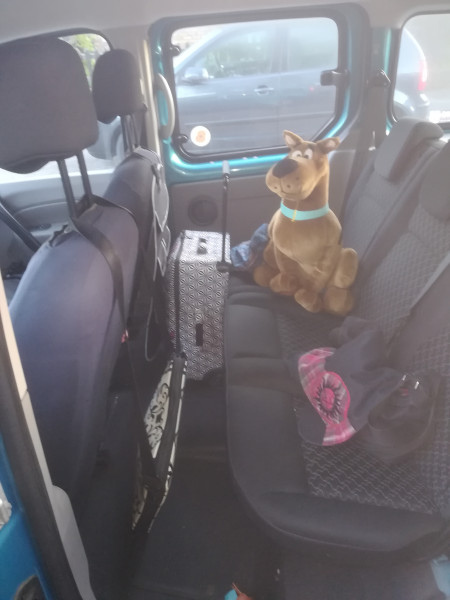 It's a happy quirk of fate that the Hilton hotel, where most SPN cons take place, and where most of us stay, is on a road called Pendigo Way. It is, therefore, the sacred duty of the first Supernatural fans to arrive to find the Pendigo Way sign and bastardise it thus: When I saw that sign, my heart swelled; I was home!

Because I arrived early on the Saturday, there was no time to settle in, the first job was to register and then head straight into the convention melee.

It was interesting as a first-timer to attend a Creation con. I loved having Louden Swain on the stage, and the use of music and sound effects in the panels.  To actually get to attend a Saturday Night Special Concert was really something special too.

Having J2M on stage both days was also, I understood, something new too.

It was great to see them back in old Blighty, and they didn’t disappoint. The J2 and J2M panels were both hilarious (I missed the Gold Panel as I had a silver ticket), with the boys talking about many and varied things including accents, their various faux pas with British pronunciation and gesticulation (no Jensen, you don’t order two beers like that here in the UK!!!), and throwing innuendos around like two naughty schoolboys ... rimshots and Dean leaking ... O.o

Their J2M panel on Sunday included an ongoing game of 'strip questions' which resulted in the removal of a fair amount (but nowhere near enough) of clothing.

And, in all cases, true to form, both the J’s were being absolute shits to poor put-upon Misha (who ended up jacketless, beltless and barefoot by the end of the panel!)

The Icing on the cake of the first day was a friend and JIB cohort being selected for their last question and being taken up on stage!

In between times, there were also photo ops, it was fab to have that experience of being photographed by the great Chris Schmelke.  I love my J2M photo so much, and you can see that HERE...

My J2 photo was on the Sunday, and that was the one where my Scooby was going to feature. However, the con was in Hall 8 of the Exhibition Centre, about a half mile walk from the hotel. So, Sunday morning found me strolling across the NEC with a giant stuffed Scooby in my arms, completely ignoring many and varied funny looks. from passers by.

“Well, this is normal…” I thought.  But then I'm a Supernatural fangirl; I don't do normal!

The photo op was a fun one, both the boys loved Scooby, and once that was all over, I deposited Scooby in one of the many cloakrooms available in the exchibition centre – cue more funny looks!

I managed to get my Gabriel portrait signed by Richard, and he really loved it. He commented on the realistically greasy hair! :D And I got the J’s to sign the picture of me wearing an Ascot in Ascot! Jensen looked at it for ages and grinned, he said ‘love it’ when I explained that I lived on the edge of Ascot and it’s where the Ascot knot originates from. Jared’s comment when I told him the same thing; ‘fucking awesome’! 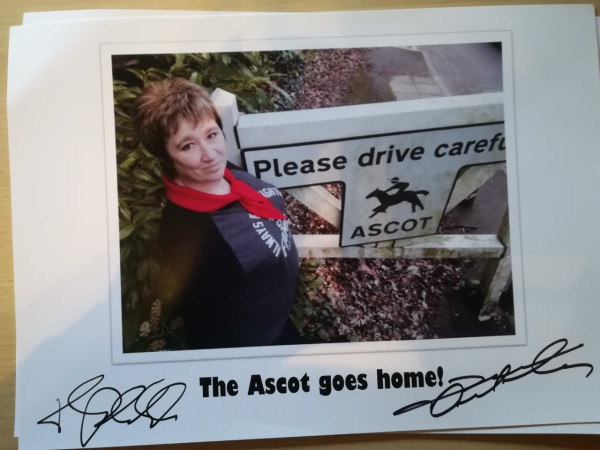 So all in all, it was a fabulous convention; thoroughly enjoyable. Although Creation are steadfastly saying that they won’t be coming back over to the UK, we live in hope!

It was also lovely to catch up with friends old and new, and here’s a few shots of us doing what fangirls do best when we get together – having fun! 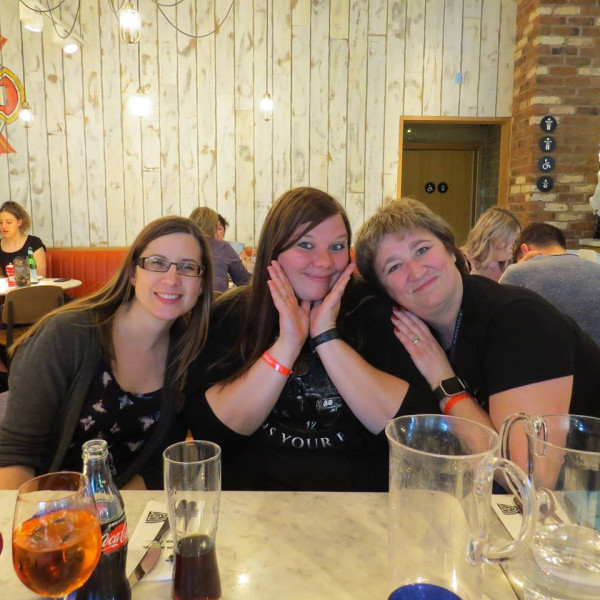 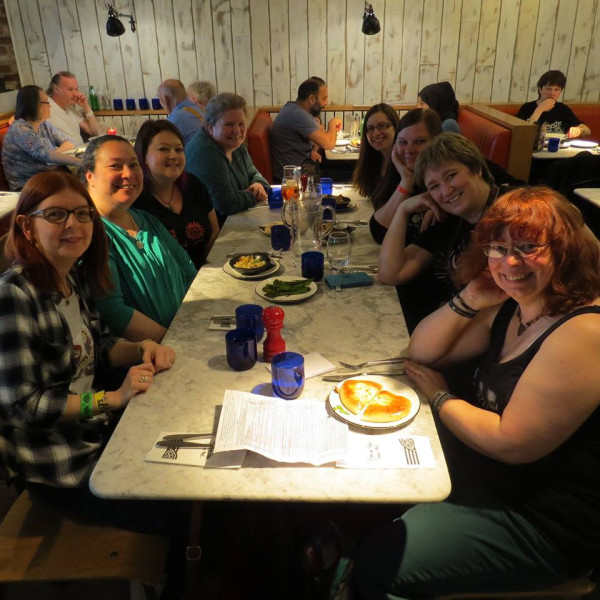 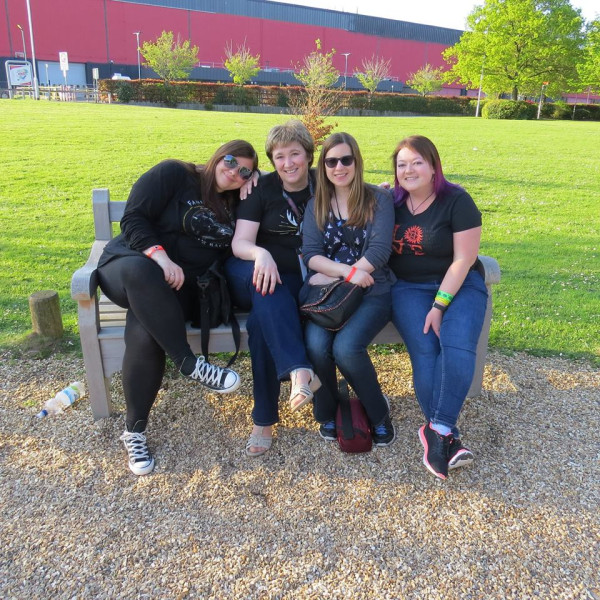 stellamira (among others) for great company and great fun on a fabulous weekend.

I stayed over Sunday night, and hit the road early Monday morning, knowing that from the time I got home, I had a little over 24 hours to get ready for Rome... and that's a story in and of itself!!