For those who don't know from my previous post, this is an event that runs every year on Boxing Day morning through the village of Windlesham, the neighbouring village to where I live.  The event raises a lot of money for local charities, and has been running for 50 years!.

It runs a 2 mile course through the village, passing Windlesham's five pubs:

The Brickmakers Arms
The Surrey Cricketers
The Sun - which is our nearest pub, so where we pitch up to watch the fun
The Half Moon and
The Bee

And yes, racers are expected to 'support' those pubs along the route - and they do, enthusiastically!

The 'prams' can be any wheeled vehicle or contraption that has no form of power except being pulled or pushed, and that's where the fun starts:

The themes and fancy dress were as many and varied as usual and in the best British pantomime tradition, wherever there was a theme that required a glamorous woman, of course, they had to find the biggest, hairiest, nost unfeminine blokes to play them!

As you can see - Baywatch never looked so good!
(It was a really chilly morning, and I was wearing about five layers, looking like the Michelin Man, so kudos to these hardy gentlemen!!) 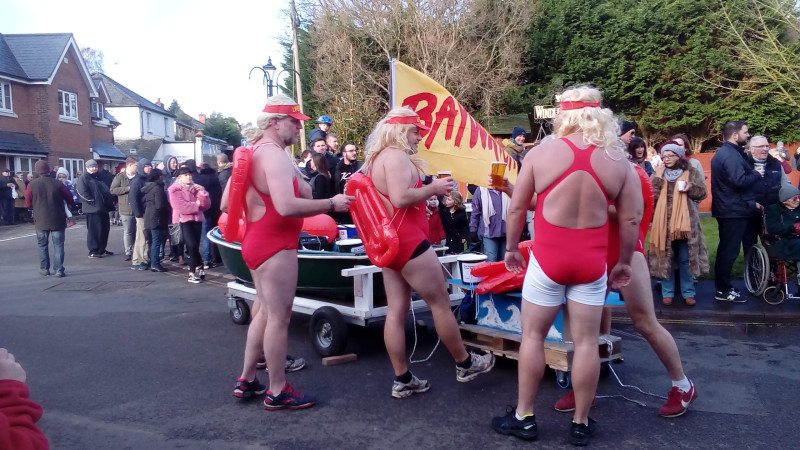 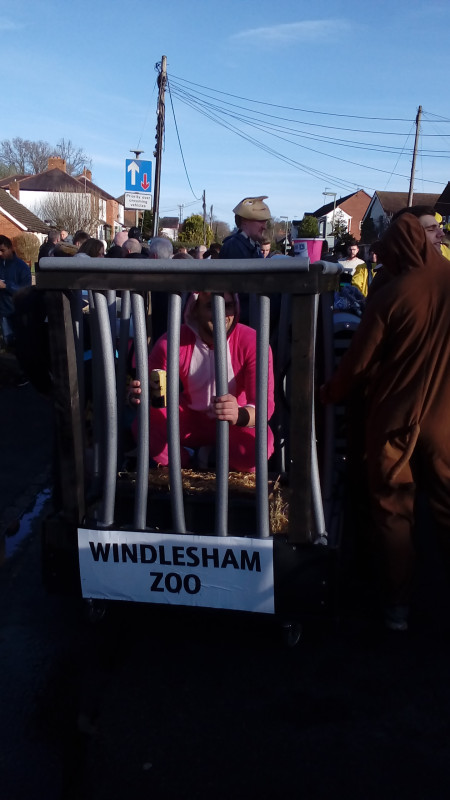 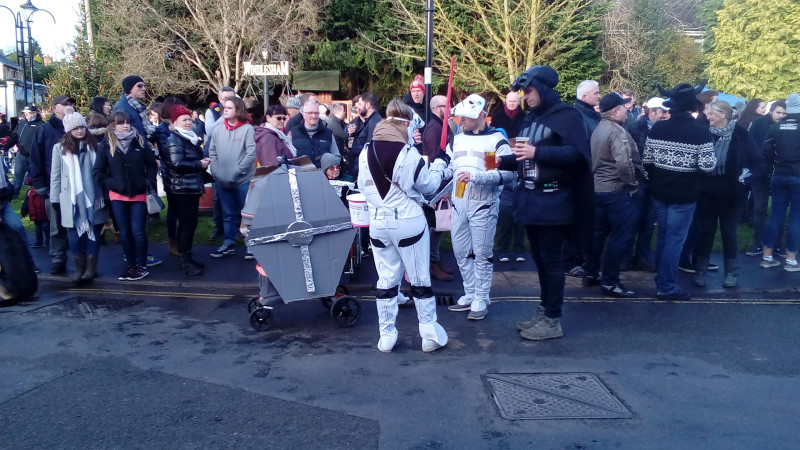 Malcolm Young/ACDC tribute 'pram' - I had to get a photo of one of the team! This superstar is a regular of the race - she even blows out red white and blue smoke! 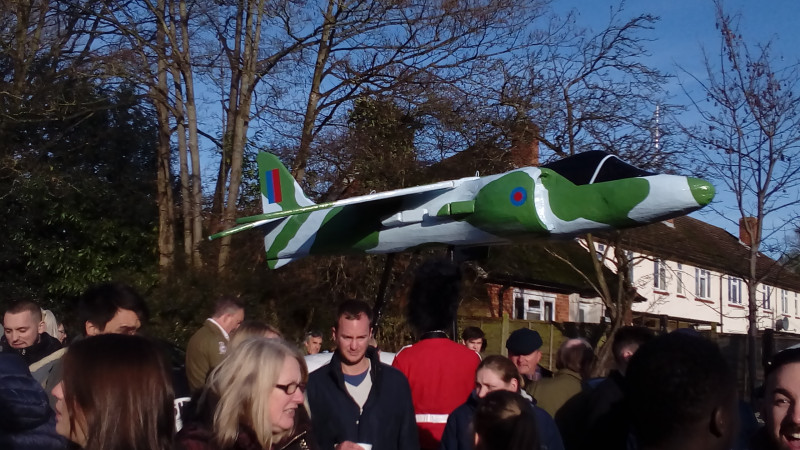 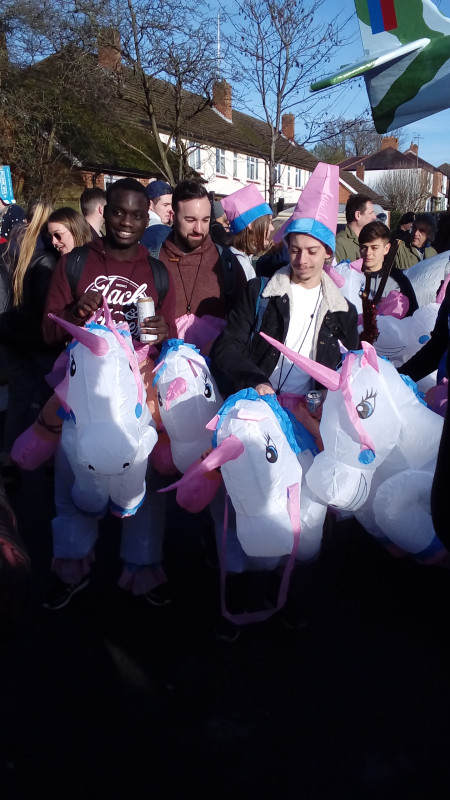 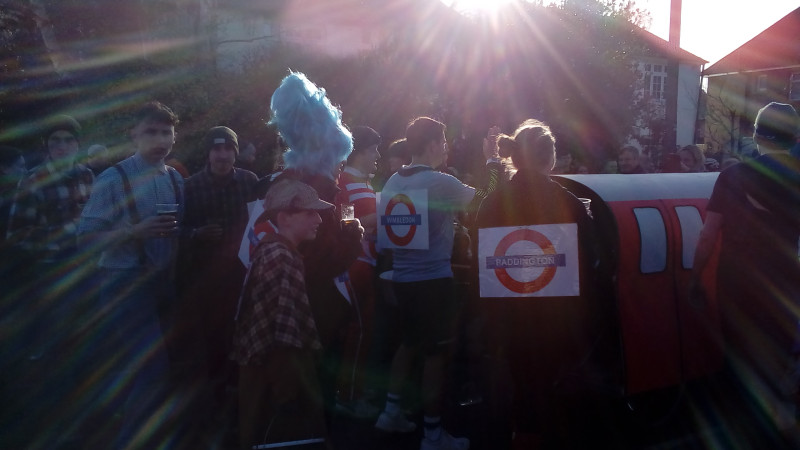 Three Kim Jong Uns popped into the pub along the way - they left their nuclear missile parked outside. 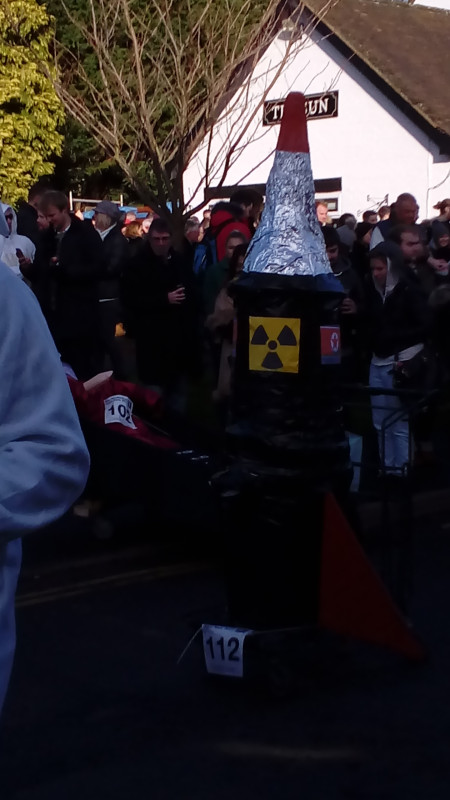 The dancing traffic cones were back.  Mainly because they're awesome, but also because local roadworks which move at a snails pace deserve to have the piss ripped out of them! 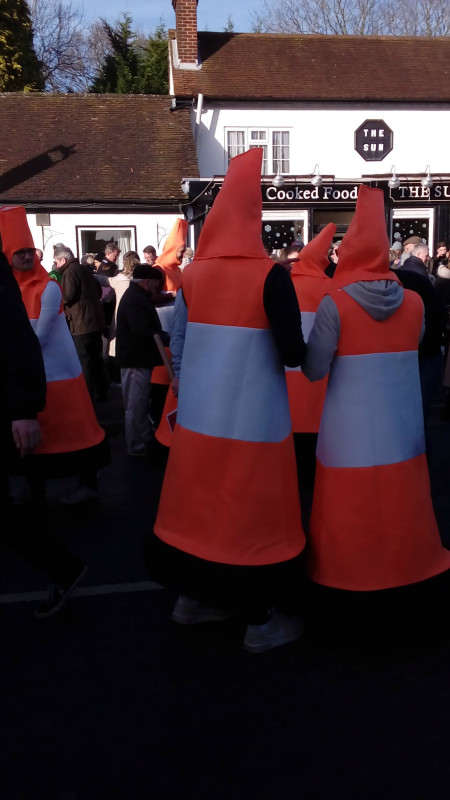 Bumping into the Peaky Blinders along the way. This brilliant igloo was made entirely out of milk cartons! 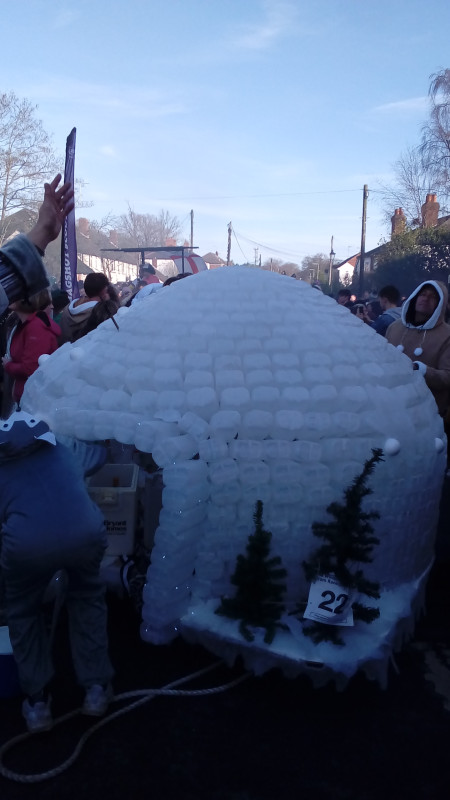