Dizzo is back in Town!

Rumours of my demise are greatly exaggerrated!

Well, Mr D and I finally wended our way home this afternoon after six days away..

After our epic trip up to Hull to see the wonderful Steve on Tuesday, we decided not to hit the road again until Wednesday afternoon. Firstly to give Mr D a rest after driving nearly 500 miles the previous day, but also because he had a telephone interview in the morning for a local bike mechanic job.  He must have done okay because two hours later, just as we were packing the car to head up to the Midlands, he got a call inviting him for a second interview which is Thursday next week.

The plan for our few days away was a little bit of R & R in a nice country manor hotel which we know well and like very much.  However this stay was a little different because Mr D had been invited for an interview for the job of his dreams on Friday - Fire Watch Manager for the London Air Ambulance - so our evenings were spent in the hotel bar, me whiling away the evening with my Supernatural colouring book, while Mr D swotted up on his fire fighting and helicopter knowledge.

As well as the completed Dean picture that I posted here earlier, I also started working on a picture of Sam: 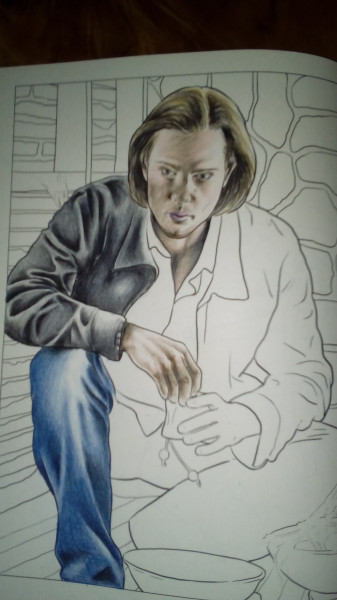 This is as far as I've got with Sam.  I think he'll probably go on ice now, maybe until Christmas when I've got another good amount of spare time to chill out and really get stuck into this.

On Thursday, we headed for a few hours during the day into beautiful Stratford-upon-Avon, Shakespeare country,.  Sadly we didn't get a chance to go to see anything at the RSC this time, but it was still lovely just being there in the November sunshine! 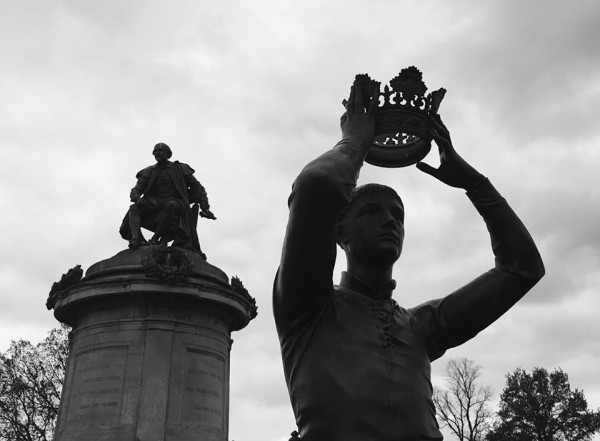 Friday morning was an early start, Mr D was all booted and suited, and together we caught the train from Leamington Spa at 8 am into London, a journey of about an hour and a half.  I went with him to offer a bit of moral support, and when we arrived at London, I decanted myself in Costas at Baker Street, a stonesthrow from where we got off the train at Marylebone, while Mr D went off on the underground toward Aldgate for his interview.

He was back a couple of hours later and in his words 'I don't think it could have gone any better'.  He certainly seemed satisfied with it; the Chief Fire Officer that interviewed him even gave him a copy of the Winter and Summer rosters - I don''t know if they did that for all candidates, but it certainly seems positive!  Now he's just got to wait to see if he's been selected for a second interview/trial day.  Hopefully we'll know early next week.

After the big interview, the weekend was a bit more relaxed; no more revision!  We spent Saturday in Leamington Spa  just mooching around the shops and doing a bit of Christmas shopping, and then this morning, we headed back into Leamington Spa for the Remembrance day parade at the town's magnificent cenotaph.  As with any of these sorts of celebrations, I found it deeply moving, and once the young bugler played the last post, any semblance of control that I may have been clinging to disappeared - I was a lost cause!

The beautifully poignant cenotaph in Leamington spa, together with a shot of some of the veterans marching past.  In addition to these fine men. there were four very elderly and rather immobile veterans, probably dating from WW2 I should imagine, who were clearly unable to march, and they were driven up to the cenotaph in two sleek black limousines - true superstars in a very real sense of the word. 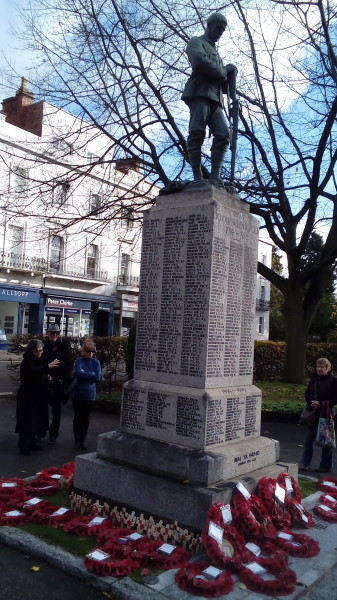 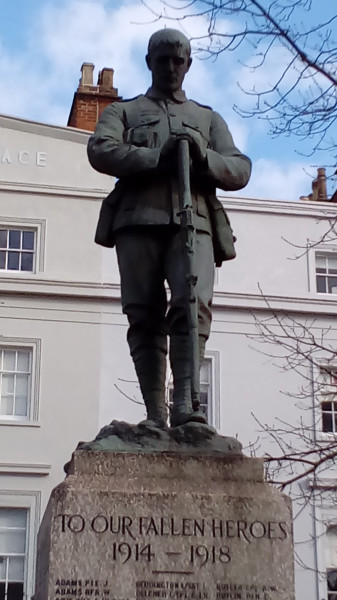 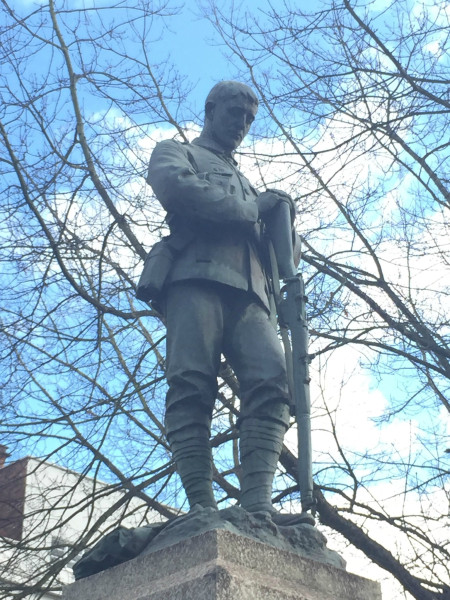 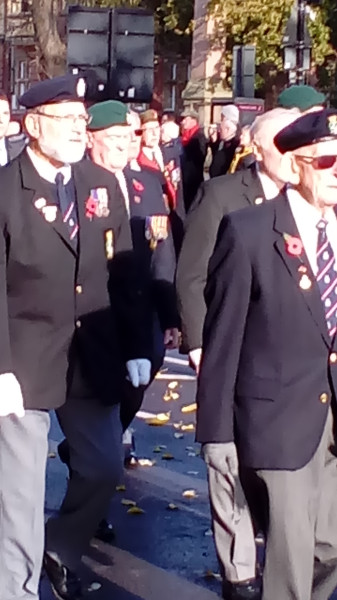 It was really lovely to see this event in a different place, and done on a much bigger scale than in Lightwater; we're only a little village and the town of Leamington Spa has seven or eight times our population!

So, now it's back to reality, and back to work tomorrow.  I've downloaded and watched the latest episode this evening and I absolutely loved it - please can I just put on record (spoilers) that somehow, Dean's drunken snoring is totally adorable.  Anyone else would get my elbow in the side of their head for making a noise like that!

Sadly, I think it's highly unlikely that I'm going to be able to catch up on five days of my friends list, so if there's anything that you especially want me to see, just let me know!

It's good too be back - missed you all!
*group hug*