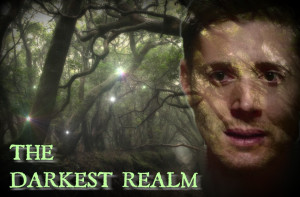 Sam lay in his bed listening to the soft ticking of the clock on his nightstand. He yawned, smiling crookedly as he heard a long, stuttering snore emanating from Bobby's room and echoing along the hall.

Rubbing his tired, stinging eyes briefly he squinted through a shaft of hazy moonlight that filtered through a gap in the too-narrow curtains. Crossing the foot of his bed it illuminated the bed across the room containing his sleeping brother in a soft grey light.

Under any other circumstances, the gentle 'tick tock' formed a soporific backbeat to which Sam often slipped into peaceful oblivion. But not tonight. Sleep wasn't coming to the younger Winchester tonight. His head was too full; full of fear, of unease, of concern. It was a boiling mass of doubts and worries.

Sam had repaired his brother more times than he cared to remember and his brother had done the same, and more, for him.

He had seen it all; flesh wounds, fractured bones, twisted joints, scratches, bites, cuts and bruises. Sam had mended them all. Armed with an extensive knowledge of first aid and a first aid kit that took up half the Impala's trunk, together with a strong stomach and confident nimble fingers, he had applied slings, tourniquets, and pressure bandages, he had stitched and sutured, and even laid on the odd liberal slathering of antiseptic cream.

There were no secrets, no shame between them. A man simply wasn't designed to reach a werewolf scratch across his own ass, so what was he to do?

Get his brother to treat it.

There was nothing that counted as going 'above and beyond' as far as the Winchesters were concerned.

But this was different, so very, horribly different.

The bastards hadn't broken Dean's body. They had damaged a part of him that Sam couldn't reach; the one part of his brother Sam couldn't wrap in a bandage and tell him everything was going to be okay.

They had broken his mind.

He watched through the gauzy moonlight as the lump under the bedclothes shifted with a pained sigh.

He had tried to rationalize his feelings; sure he was frustrated, he was furious with those damn 'faeries', and eaten up with a desire for revenge, he was confused and concerned. But above all, and this was the one thing he struggled most to accept; he was scared to death.

Wounds heal, bones knit, cuts close and bruises fade. But this? There was nothing Sam could do to guarantee his brother's recovery. He could only stand on the outside looking in as his brother slowly and surely descended into some kind of helpless meltdown and he was powerless to stop it.

He noticed Dean shift again, this time to lie on his back. A sudden harsh snore caught in the back of his throat as he did so.

Sighing again, Sam threw an arm across his tired eyes. Sleep definitely wasn't coming tonight, he was a fool to think it was, so no need to try any longer.

Dean's mind raced as nightmarish visions flitted and flickered before his closed eyes, a terrible kaleidoscope of despair and horror; clawed hands reaching out toward him; his own blood flowing freely; maniacal laughter taunting him.

"every breath you take is a stinking offence to me …"

That same malign voice revelling in his suffering.

Three legged creatures, their greasy hair as black as hell whirled around him; engulfing him in that tortuous whining buzz.

Dean began to pant, his legs kicking wildly as his confused mind tried to force him to run from the surreal horror.

"you will beg for death before the end …"

Dean's wet eyes snapped open, bringing a hopeful release from the nightmare; but he looked up - straight into the ice-green eyes of his tormentor.

Cold, bony hands encircled his throat squeezing down the scream that tried to escape.

"every breath you take is a stinking offence ..."

Sitting up, Sam gave in to a growing sense of unease and swung his legs over the side of the bed. He padded barefoot across the room towards the other bed to find his brother writhing miserably amongst the tangled bedclothes. As Sam knelt down beside him, Dean let out a terrible gasping moan.

The bedsprings creaked and groaned as he shifted and fidgeted frantically beneath the rapidly retreating comforter.

Dean's hands clawed clumsily at an unseen assailant, wide eyes staring unfocussed and glassy through Sam, his wide open mouth gaping as he wheezed and choked, trying to suck in air. Arching and convulsing, he fought frantically against whatever terrible nightmare was tormenting him this time.

Then Sam realised it was far worse than that he could ever have feared. Dean genuinely couldn't breathe.

"BOBBY … TOM …" Sam yelled at the top of his voice, forcing an arm under Dean's back, and trying to lift him into a more comfortable position. Heaving and pulling as hard as he could, he couldn't move Dean at all; the rigidly heaving body felt like it was made of lead.

Sam could feel the cold sweat that was soaking Dean's body, his chest convulsing grotesquely as he fought to suck in air, Sam fumbled in his panic for the night-light and could see to his horror that Dean's face was a deepening shade of red."Dean, listen to me … I'm gonna help," Sam gasped, amending his grip and trying again to hoist Dean into a sitting position. He turned, and called for help again.

Bobby came stumbling into the room, pulling on a pair of pants. "What the hell? Sam?"

"It's Dean," panted Sam, "he's having some kind of seizure or panic attack or something. He can't breathe," Sam was breathless with fear; "I can't lift him up; call an ambulance."

Bobby's eyes widened in horror as he saw Dean gaping grotesquely in Sam's arms; his terrified, pleading eyes staring up through Sam, out of his grotesquely florid face.

"Holy Jesus;" Bobby muttered, and lunged for Sam's phone, almost skittling Tom who had come charging up the stairs from his usual billet on Bobby's couch.

Sam continued where Bobby had left off; "it started off as a nightmare and now he's choking," he panted through the effort of still trying unsuccessfully to lift Dean.

Both men suddenly noticed that Tom was standing frozen in mesmerised horror, open-mouthed as he stared pebble-eyed at the scene in front of him. "That's no nightmare," he croaked weakly.

"It's real; I can see it, and it's got him round the throat, it's strangling him," Tom finally managed to blurt out, dashing toward Sam to offer a hand.

"Whatever it was that took him, I guess," snapped Tom eyeing it with disgust; "some freakin' fug ugly green bastard with antlers."

Sam's eyes widened with shock and fury, as he instinctively tried to lash out at the thin air above Dean, hoping he might do the invisible assailant some damage. He let out an involuntary sob of frustration as his arm swept harmlessly through thin air.

Bobby had turned from his conversation with the emergency service and was just staring in mute shock at Dean. The phone hung limply in his hand, a faint tinny voice repeating; "Mr Singer … are you still there? Mr Singer …?"

Suddenly a gash opened up across Dean's heaving chest.

Dean yawned a silent scream of pain through his constricted throat and Sam cried out in despair watching Dean's eyes rolling back into his head as he began to lose consciousness.

Tom joined Sam in trying to pull Dean off the bed and away from danger but a long gnarled arm swept round and knocked him clear across the room.

Sam watched in dismay as another gash opened across Dean's collarbone.

Bobby by now had given up on his phone call and waded into the fight alongside Sam as Tom rose unsteadily to his feet amidst the wreckage of the chest of drawers he had been hurled against."What do we do Bobby?" Sam cried as he gripped Dean's quaking body, trying with all his might to wrestle him away from the unseen creature; "how do we get it off him."

Bobby looked dumbstruck. "I don't know," he whispered; his helplessness was almost as terrifying to Sam as what was happening to his brother.

Suddenly both men were flung backwards by a blinding green flash, both forced to shield their eyes as the skeletal outline of the thing hunched over Dean erupted in a blazing green inferno.

It's roar rose into a deafening shriek as it exploded into a mass of green sparks, filling the room with a pungent swirling smoke, leaving scorch marks on the ceiling.

As Dean sunk limply into the mattress Sam, quickly gathering his wits, crawled over to the bed and pulled him into his arms. "Dean … Dean …" He chanted Dean's name mindlessly, rubbing Dean's bleeding chest through the ripped shreds of his T shirt willing himself to feel a heartbeat other than the pounding cadence in his own chest.

Sam almost wept, when he felt the racing throb beneath his flat palm.

He was rewarded by a fluttering of the eyes beneath closed lids, and a gasping wheeze.

Suddenly he was jolted out of his relief when he heard Bobby's strained voice behind him."Sam!"

Sam glanced round to see Bobby, struggling to hold Tom upright, his strengthless knees buckling as his arms tightened around the shorter man's broad chest.

Tom hung limply in Bobby's arms, a dark patch spreading low across his T shirt as a stab wound in stomach bled out.

The knife he had found in the shattered chest of drawers dripped dark blood as it dropped from his limp fingers.

"Blood of a willing sacrifice," he whispered, as his legs finally gave out and consciousness left him.