A little something that I wrote about three years ago ... because we all know Dean winchester is, and always has been, a well-behaved and angelic human being a little sod. 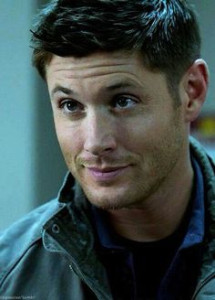 Bobby flicked fat snowflakes off the brim of his cap as he stood watching two little boys building a snowman in a quiet corner of his yard.

"Dean," he called, stifling a chuckle; "a word please!"

The ten-year-old scampered toward him, a mischevious grin playing across freckled cheeks which glowed crimson in the bitter cold.

"It's just that when I gave you that carrot and the two lumps of coal," he continued in amusement; "they were supposed to be for the face!"