December 17 → something that made you happy this year

Its difficult to pinpoint one thing, because lots of things made me happy this year, but probably a significant one was my work.

Late last year, I had a meeting with my Manager and she discussd a promotion with me, and asked if I was interested.  It would still include a little of what I know, which is payroll, but it would mainly be branching out more into reward and benefits - as Reward Manager to look after and develop our reward strategy from a strategic angle rather than just an administrative angle.

I was very flattered that my Manager saw something in me that was worth developing, and I was excited to take on a new challenge.  My new role officially began in February this year, and the fact that it came with a nice pay rise was something to smile about too.

If you had asked me a few years ago where I saw myself in my career at the age of 50+ I would have probably said, settled into some payroll job, maybe with a bit of responsibility - maybe training the next generation of payrollers, but basically going through the motions for the next 10 - 15 years'.  I certainly wouldn't have said 'embarking on an entirely new career direction, learning new skills and taking challenging qualifications'.

So, yes, that's something that I'm happy about!

Some of you may have noticed that my journal has a slight bias in terms of a certain person.

Only very slight, of course ...

With that in mind, I thought it might be nice to see in the festive week through the medium of that certain person.  Therefore, from now until Christmas Eve, I will be counting down to Christmas with one picture per day, namely a Jensen close up given the festive treatment ...

So, without further ado, here is today's picture ... 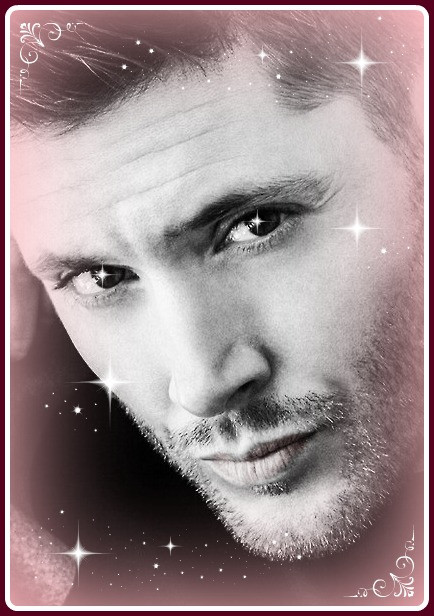