I've been over on the Isle of Wight this weekend, visiting the family, and we had a nice uneventful weekend, just quietly celebrating my Dads birthday on Sunday.

However, on the way home, I had a bit of excitement on the ferry crossing home.

After we'd been at sea for a few minutes, the Captain came over the PR system and made a public announcement.

So, I headed up onto the ferry's sun deck, because I thought it would be fun to get a look at these monsters!

The ferry I was on and both these ships greeted each other with a long honk of their horn, and I think my eardrums might have melted!!

Anyway, here are some photos of two REALLY big ships! 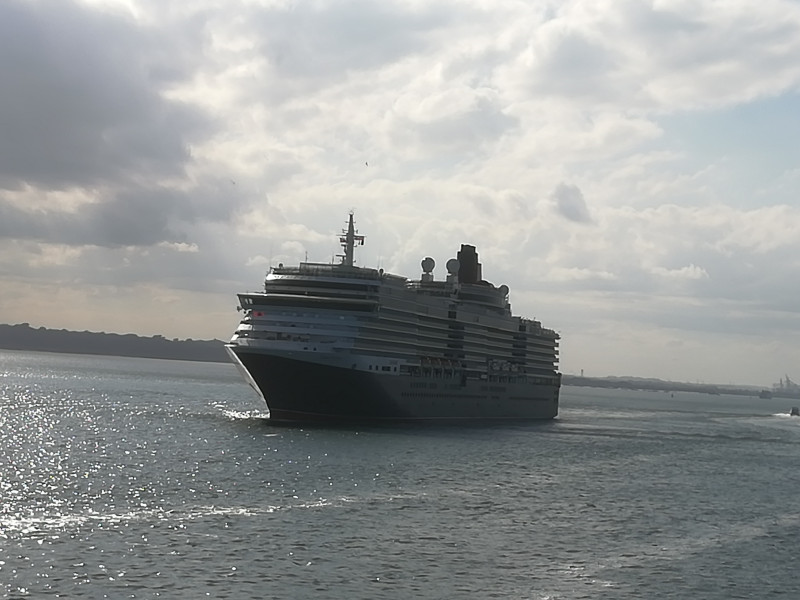