Well, when I went laptop shopping last spring, I expressed my regret and doubt that I would ever find anything as reliable as my clunky old Sony Vaio which served me faithfully for donkeys years and which never once let me down.

So, apparently, I was right to doubt because the stupid sodding piece of junk I replaced it with, crashed irreversibly at the weekend and now has to be wiped and fitted with a new hard drive to be repaired. Of course, I haven't done a back up for six months because that would be far too sensible!!

I've only had this new laptop for 10 months so at least it's in warranty, so that's handy at least...

But anyway, it's not all bad. On the subject of 'junk', this little poseur is flashing his around (such as it is). He joined me yesterday, but I don't think Sam's impressed! 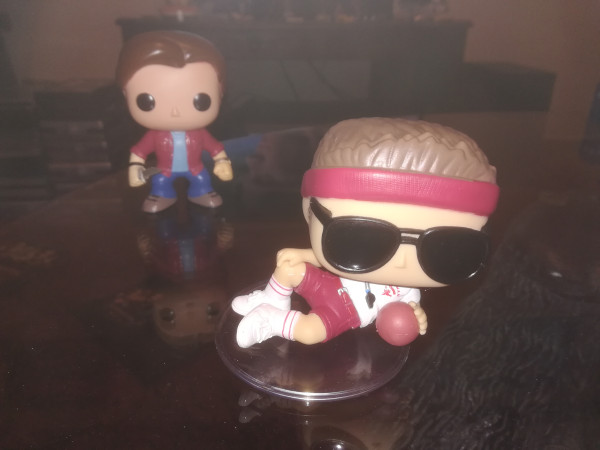 He'll make his debut at

spn_on_parade shortly, just as soon as I've got my laptop back (that ego needs a big screen to do it justice!!)

Anyway, I hope you're all having a great week - much love from Dizzoland xx
Collapse