One of my 'milestone year' goals was to do something worthwhile for a good cause that doesn't involve just donating money'.  I set my sights on doing a 5k 'Pretty Muddy' run in aid of cancer research, but as many of you are aware, a broken shoulder put paid to that, so that has been held over until next year.

But that aside, my main charitable activity this year has been supporting  and corresponding with Brendi, the little Honduran girl that I sponsor.  I've sponsored Brendi since she was seven, and she's now eleven.  Thanks to Plan UK (the charity that I sponser her through), she's still at school, at an age when many families are keeping their girls at home - Brendi's mother was fifteen when she had Brendi, which tells you everything you need to know about Brendi's prospects without some kind of support and education.

I really love writing to Brendi, but the best thing is getting letters back from her.  She's doing well at school and likes reading and writing.  At the moment she's learning about other countries, and she told me she was very excited to learn about the United Kingdom because it's where I live.

I like sending her pictures of things she hasn't seen or experienced, simple things like a picture of Tower Bridge or Windsor Castle and a picture of me in the snow.

This is one of my favourite pictures of Brendi, ready for her new school year!


In time, I'd love to sponsor another little girl somewhere else in the world because it's one of the most rewarding things I've ever done.

I've just finished my last commission of 2018, and the first picture I've drawn for two months after my self-enforced art break.  The picture has been approved and now it just needs signing and fixing ready for framing.

This is Millie and Tigger, and they will be going to their new home at the end of this week!  :) 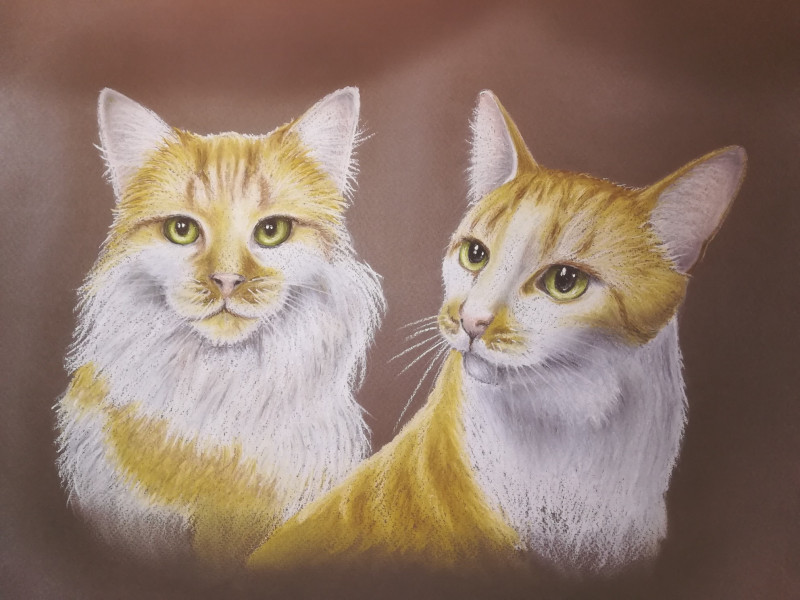