Our Jus in Bello adventures began somewhat chaotically, when almost everyone’s flight was affected by European aircrew strikes which were planned for the same time as the beginning of JIB.

I was a bit miffed when I got notification from BA three days before I flew that my flight was being bumped by four hours and so I would be arriving at 9.30 pm instead of 5.30 pm, however, in hindsight, I can see that I got off very lightly compared to some people whose flights were completely cancelled.

I met up with

xlittleangx at Heathrow, as we were on the same plane and we had a spot of lunch (plus something nice and chilled from New Zealand) before we headed to our gate and boarded the flight. 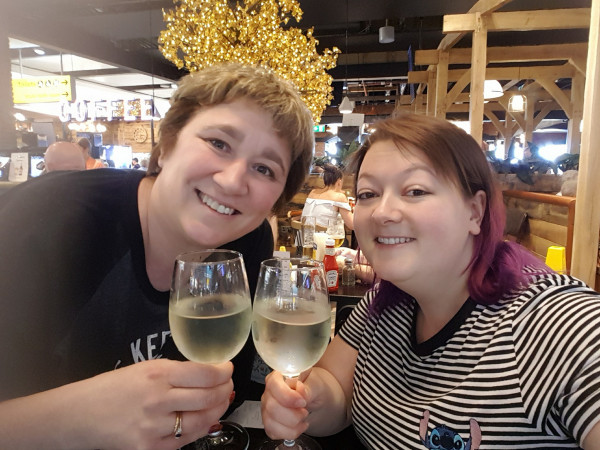