Here's Mr D striking a pose with a prop for my Creation Con J2  photo op.
For the avoidance of any doubt, Mr D is the one on the right ... 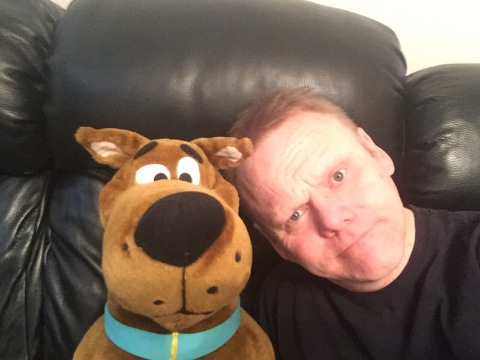 A ittle double drabble written for the weekend drabble challenge over on Fanfiction.net; the challenge word was 'star'.

Castiel still struggles with the concept of 'too much information'. 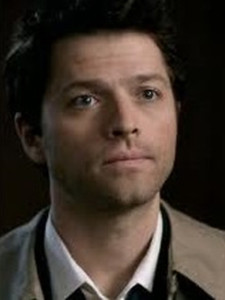 Team free will sat against the side of the parked Impala and looked up in silent awe at the glittering stars strewn across the night sky.

Taking a sip from his beer bottle, Dean pointed up to a cluster of stars above his head. "I like looking at the stars and figuring out the constellations," he began; "I mean, look at that one up there …"

"That is the constellation of Cepheus," Castiel murmured with a smile; "It was first identified by the 2nd century astronomer Ptolemy and is named after a Greek mythological King. It is composed of a several ultramassive stars of the red supergiant and orange hypergiant classes which are collectively known as Cepheid Variables. It also contains several binary stars and a hyperluminous Quasar. Its brightest star is called Alpha Cephei by your scientists and has a magnitude of 2.5. It is said that the constellation contains a massive black hole equivalent to 40 billion Earth solar masses, which means it is one of the largest black holes theorised by mankind."

"Yeah, whatever Cas. I was going to say it looks like a dog wearing a pointy hat."