Day 6 - Leave feedback for a fanwork. Or multiple fanworks. It can be as simple as I liked this to a detailed list of all the things you loved about the fanwork. The key is to leave some sort of feedback.

After waxing lyrical about The Play Nice Proviso and Just One Breath a couple of days ago, it occurred to me that I'd never left feedback for them.  So, thanks to today's challenge, I have correctred that grievous oversight!

Some of you may recall I've mentioned my friend Jane here before.  Jane and I have known each other since the year dot - back to preschool times.  We're the same age, all bar three months, and I don't remember a time when we weren't a significant part of each others' lives.

Jane's going through a tough time at the moment.  Her husband is quite a bit older than her, and he has Alzheimers which is progressing relentlessly, and is very wearing for her as his carer, particularly as she has health issues of her own to deal with.

Because of her situation, it's been almost a year since Jane and I have been able to actually get together, and that's far too long.  so we arranged an afternoon out in London today, and I surprised her by bringing Mr D along.

Jane and Mr D adore each other!  When we met at Waterloo station, I met her alone, and he crept up behind her - her face was an absolute picture :)

So, here are a few pics of a very happy day!! 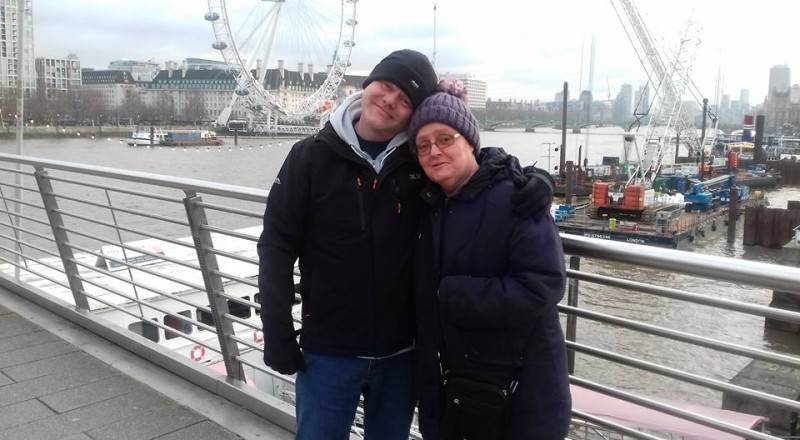