Now that we have finally taken all the Christmas decs down, I have been able to pick out all my wonderful fandom cards and display them in their entirity ...

What a fabulous collection: 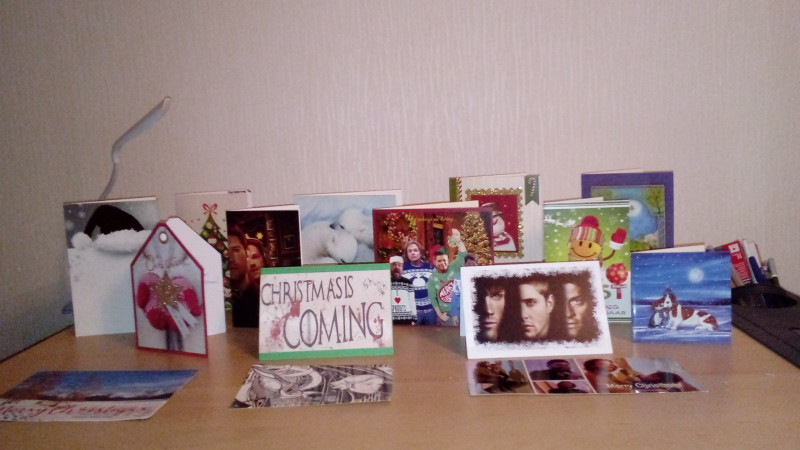 I've been seeing this popping up all over my friends feed for the last few days, and I remember it running from past years.  I've never taken part in the Snowflake Challenge before, but I figured that I'd give it a go!  I know I'm late to the the party, but hey ho -- I'll blame the traffic or something ...

Okay, so my first self-rec is my multi-chapter fic Blood Brothers.

My second self rec is another multi-chapter fic, Number Fifty


My last self rec is my very first pastel portrait of Dean.

How smug are we?