Things can never be simple, can they?

Our heating is powered by a boiler which is now about 15 years old and undeniably past its best, so back in the Autumn, Mr D and I decided to take the plunge and replace it ready for the winter.

So, late October, we contacted British Gas who sent a representative over, complete with Boiler catalogue - that was a scintillating evening, I can tell you!

Our current boiler is in an outside meter cupboard on the side of our porch, but our friendly boiler expert told us that the new boiler couldn't be put there because of new legislation, not enough space for air to circulate, yada yada yada ...

So, the new boiler would have to be moved to the other side of the wall, in the downstairs toilet, which now means that structural work to the house is now part of our new boiler installation. :(

It gets better.  When the workmen came in early November to check the job out, they found asbestos in the work area.  So all plans were immediately halted until asbestos removal could take place.  *sigh*

So today, I've been working from home while a team of asbestos experts do what they need to do to remove all the asbestos.  I've had a big orange truck, complete with decontamination unit trailer and a mile long list of hazard warning signs parked outside my house all day, together with two guys in hazchem suits wandering around, cordoning off the front of the house with a big perspex work tunnel.

On the plus side, I think the people of Lightwater think there's been a rabies outbreak at my house - there's been some very alarmed looks from passers by all day! :D 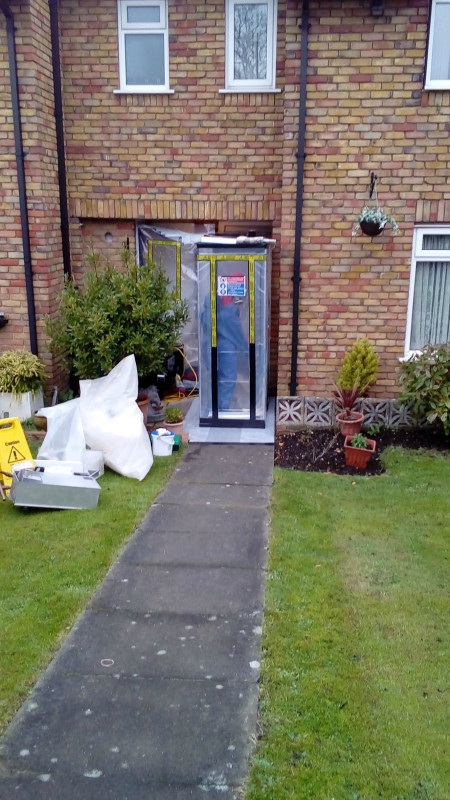 It was a funny old year.  From a personal point of view, the main change this year was that, in the spring, I got myself a shiny new job where I'm feeling valued and appreciated, and enjoying a social life unlike anything I ever experienced in 13 years in the charity sector! From a fandom point of view, it's been another fantastic year.  I've attended three conventions, had Jensen take a photo of my artwork, took part in GISHWHES, and just generally celebrated the fact that I am lucky enough to be a part of this amazing and fantastic group of people!

I met even more of you in person, and that was special, so very special to be able to finally enjoy real hugs as opposed to virtual hugs!

Okay, so this is the one thing I'm not proud of! In 2016, I only wrote 21,613 words.  I've only counted story words, and that's the lowest number of words I've written in one full year since I've been in fandom.  My writing muse has disowned me completely, and the awkward little tart is showing no signs of returning.  I think longer work hours and a busy life generally has gone some way to killing my inspiration, but I live in hope that she'll come back one day!.