I'm tired of posting sad goodbyes to people I admire, especially those that were taken far too soon, and now another two have gone, I'm shocked and sad in equal measure, but this isn't going to be a sad post bemoaning the loss of two great people, it's going to be a happy post celebrating the fact that we got to enjoy their talent.

I know Carrie Fisher did so much more than just Star Wars, but that's what I remember her for.  She is one of the people that thank for setting me on the path to proud and happy geekdom that I find myself on now.  Along with swashbuckling Han Solo, brooding Luke Skywalker and the comedy duo of R2D2 and C3P0, I remember, as a young girl, watching Princess Leia kicking some serious ass and wanting to be just like her.  From that moment I was lost forever to the world of Disney princesses.  I didn't want to be flouncing around in posh frocks being all pretty and delicate, I wanted to be Leia, with her badass attitude and even more badass hairdos, saving the universe and winning the heart of Han Solo along the way.

Princess Leia taught girls that you can be rough and tough and beautiful at the same time, and there can't be a more important lesson than that. 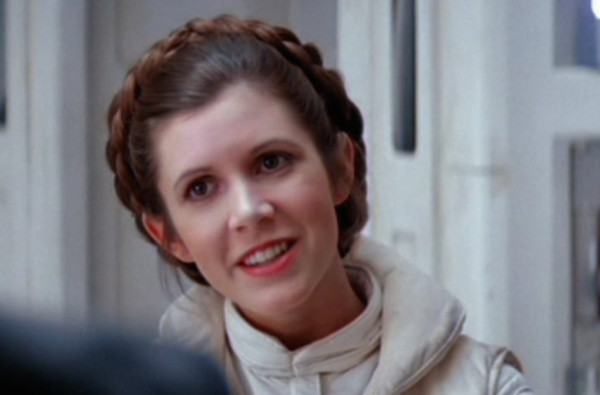 Richard Adams, by contrast, was fortunate enough to live a long and full life, and write the book that I will always identify as one of my very favourites, Watership Down.  He wrote a lot of other books as well, for instance Shardik and the Plague Dogs.  I've read them both, but Watership Down was and always is the one that captured my imagination and stayed with me the most.

In Watership Down, Richard Adams didn't just write a story about rabbits, he created an entire rabbit ciivlisation and culture, based around their natural behaviour and that's what made the book so engaging, and shocking, because in truth rabbit society isn't fluffy and cute and full on Beatrix Potter, it's downright brutal.

Richard Adams was one of several authors, too many of whom are no longer with us, that I credit for my love of stories, and reading generally.

To conclude, here's my favourite passage from Adams' bunny bible - a story within the story. 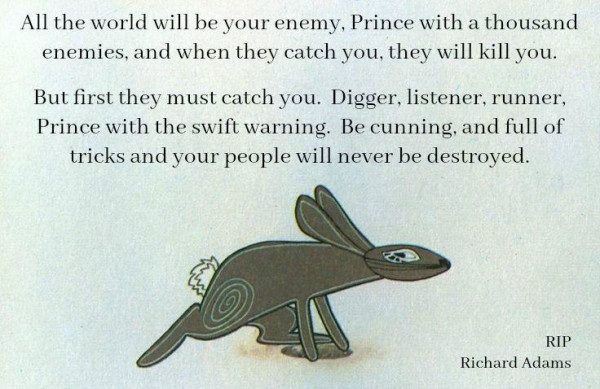 It's a few weeks since I put together a Jensen body parts picspam, and I feel like another one is in the offing.  So, I'm reaching out to you, my lovely f/listies for inspiration.

You can see the list of spams I've already done on the masterlist at the top of my journal, so be daring ... tell me what as yet unexplored portions of our lovely boy you would like to me to cover ... (I should be so lucky!)

Just in case you neeed a little prompting, here's a picture displaying the wide choice of riches at your disposal ...