So, I've been tagged by my lovely chums

digitalwave to do this meme.  I have to take 7 lines from the 7th page of a WIP and then nominate 7 other writers to do the same.

I only have one WIP at the moment, so that part's fairly easy; however, while I've been out of circulation over the last couple of days, it seems nearly everyone on my F-list has had a go at this, so I have no idea who has been tagged and who hasn't, so I'm just going to say ... if you want to play - go for it!!

Dean was midway through the fourth sandwich, lost in the midst of a blissful foodgasm – damnit, the little nerd had even remembered to put mustard in them - chewing and mumbling with hamster-cheeked bliss when Sam appeared in the doorway.  Still dressed in a sweat-stained tee and sagging sweatpants, his greasy, unwashed bed-hair hung limply around and over his pallid face, partially hiding the dark circles under his eyes.

The sheen of sweat across his cheeks together with the weary sag of his broad shoulders showed that although the worst of the illness appeared to be over, he was clearly debilitated by its lingering effects.

I saw this place on my travels this weekend and couldn't resist ... 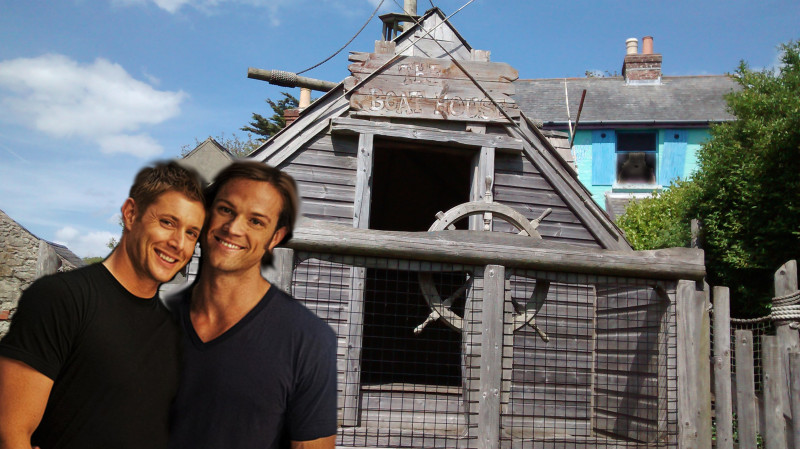 Picture of J&J by Monkeyjade
Collapse