A double bill of *sadface* Dean

Two little drabbles written for the weekly challenge over on FF.net this week - my sense of humour apparently deserted me, so cue two hundred words of wistful angst!

Disclaimers: I don't own these fine gentlemen.

There was only ever one ...

He knew from the moment he stormed Hell that this was the one; the righteous man.

Even through the acrid smoke and choking miasma of Hell's infernal depths, Castiel could see it.

Far away through the chaos and fury, it was there; a soft glow that flickered and seethed like dying embers. The faintest of lights within the dark and twisted travesty that the righteous man had been forced to become.

The shimmering shreds of a good and honourable soul.

Castiel fought his way toward that soul.

He grasped the righteous man and raised him from perdition.

Something catches Dean's attention. wee!Dean or Adult Dean? You decide ...

Dean stumbled to a halt on the snow-caked sidewalk and turned, peering intently into the shop window.

Palms and nose pressed against the plate glass, he stared, mouth agape in wonder, up at the beautiful Christmas tree that stood there in front of him. He barely blinked as its myriad of twinkling lights shimmered in his wide moss-green eyes.

The sheer joy of beholding its sparkling array of gold and silver decorations warred inside him with the profound regret that this was something he could never have.

But he could still look.

No-one could take that away from him. 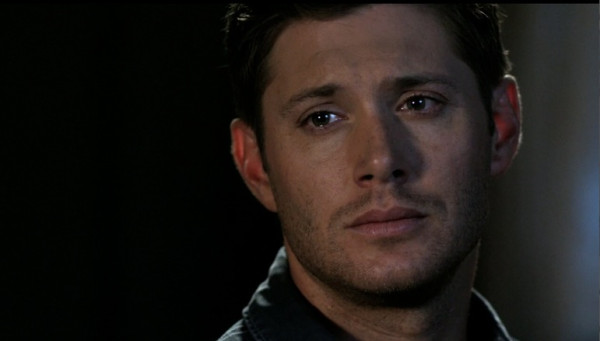