A very special Hallowe'en in the Dizzo household

I've had the privilege over the last couple of days of playing host to my long-time friend Janet and her two adorable children (my Goddaughters), over from New Zealand to celebrate Janet's Grandma's 100th birthday!

It was great to see Janet again, and as always, even though we hadn't seen each other for two years, we picked up together like we'd never been apart.  I'd promised the girls a fun Hallowe'en because as they live in a very rural part of New Zealand a few miles out of Wellington with a quite sparse population, trick or treating and Hallowe'en in general doesn't really happen where they are (let's face it, no-one's going to walk half a mile up a dirt track through the middle of a sheep paddock for a fun sized Mars bar!)

Although we didn't go out trick or treating, I'd promised them we'd carve pumpkins, decorate the porch, bake Hallowe'en cakes and dress up so that we could greet the trick or treaters when they came.

Janet told me that the girls had been hyper ever since they'd touched down in the UK - so there was no pressure to provide them with a good day, then!!!

In the end, we had a fantastic day, I got to indulge in a little bit of face painting, we all had lots of fun, worked hard and laughed a LOT; and best of all, the trick or treaters came thick and fast, so the girls got lots of action.

Here's a few photos of my lovely girls - I couldn't be prouder of them! 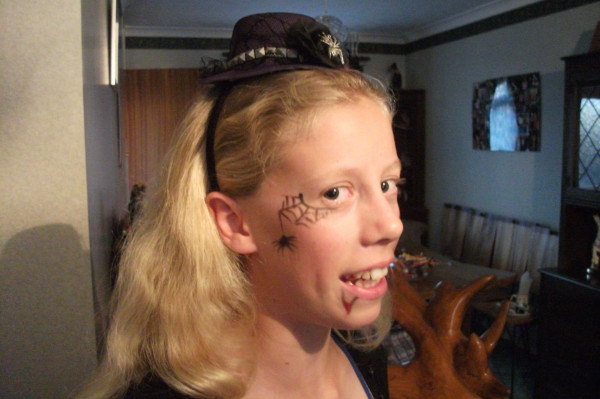 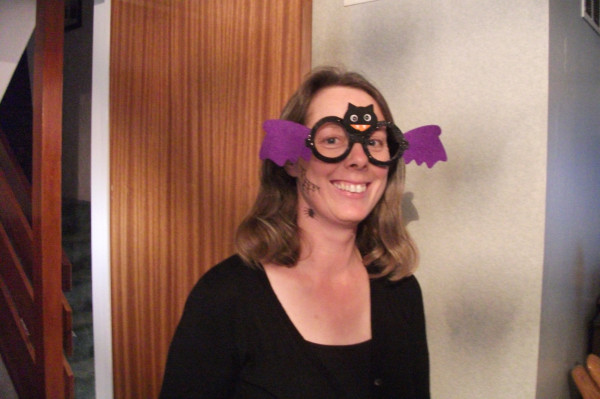 The girls look rightly proud of their pumpkins! 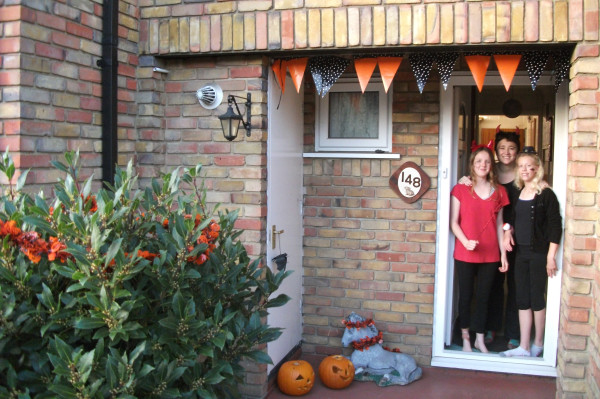 All ready for the big night. 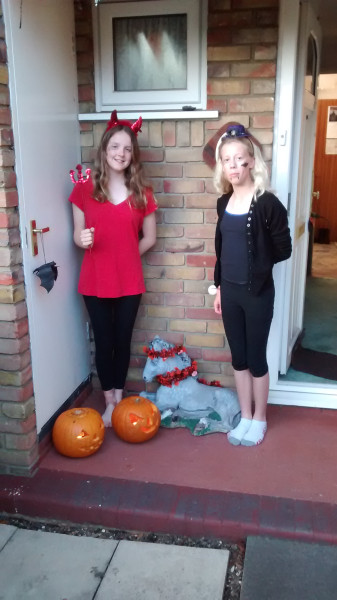 Even my little stone horse entered into the spirit! 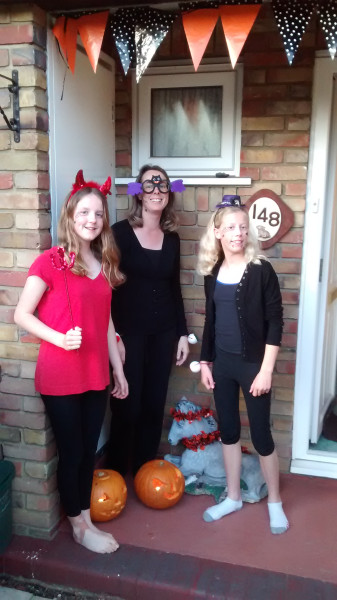 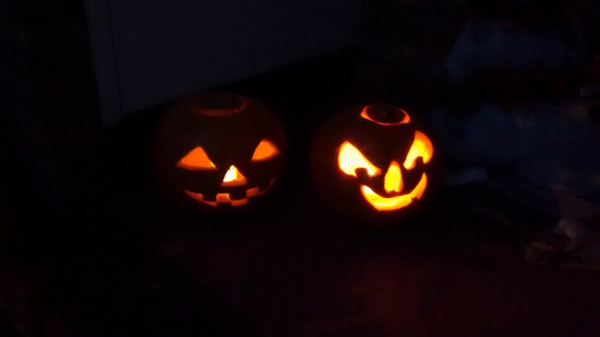 That's a fine pair of pumpkins ... 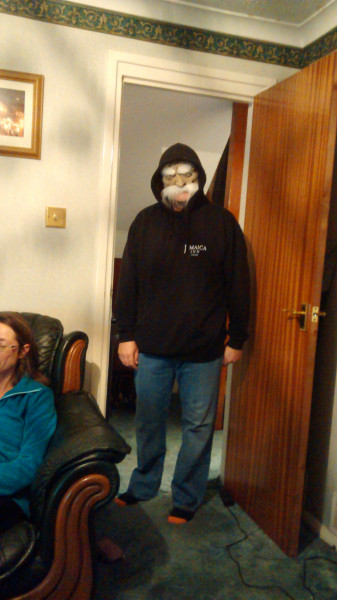 People say wall have ears, that's nothing - my bay tree has eyeballs!

Tags: facts about me, hallowe'en, happy dizzo, not supernatural
Subscribe