A little bit of light relief; looking back to the halcyon days of the prank wars …

Sammy was such a drama queen; really.

Driving through hundreds of featureless miles, acres of whispering grasses and shimmering asphalt, nothing but the occasional grain silo breaking the horizon; the American Midwest didn't offer much entertainment for the long-distance driver, so you had to make your own.

Musing over an afternoon spent beside his sleeping brother in the Impala, Dean didn't think it was the bunches he'd tied Sammy's hair into, or shaving his eyebrow off, or even the spectacles he'd drawn on his face.

But perhaps letting him walk into the nearest hooch-joint like that was what earned him the black eye? 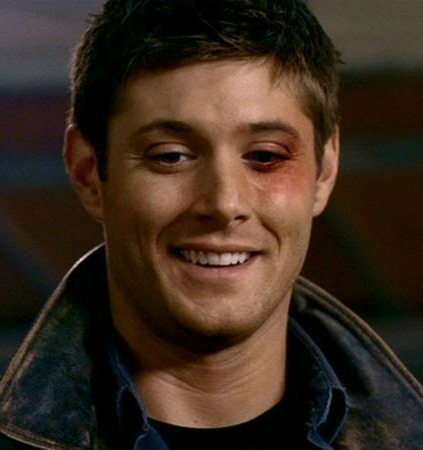