23rd April is the day upon which we, here in the UK, recognise Saint George, the Patron Saint of England.  Very little is known about the real Saint George except that he wasn't English (go figure) and the one thing he's most famous for - eg: killing the dragon - almost certainly didn't really happen.

But, hey ho, when have I ever let a little thing like reality get in the way of some juicy Winchester Whump?

So, for your entertainment, here's a teeny weeny, terribly English, celebratory drabble! 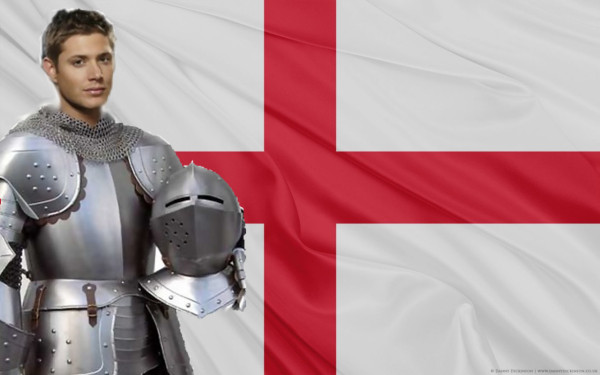 Our boys are in England (no idea how or why). They learn a painful lesson that some ancient legends aren't all they're cracked up to be.

A/N (longer than the drabble) Dragon Hill is a small hillock nestled deep into the windswept and beautiful rolling chalk downs of southern England close to a tiny village called Uffington. On its flat summit is a patch of bare chalk where the grass has never grown. Ancient legends say that this is the place where Saint George, the patron saint of England, killed the dragon that is forever linked with him and its spilt blood poisoned that patch of ground so that nothing would ever grow there.

Faint wisps of smoke drifted lazily around the remote hilltop as the brothers stood, soot-blackened faces frozen in mute shock.

Dean coughed and blinked to clear his vision, watery eyes peering from under singed, heat-crinkled lashes.

Scraping his fringe back from his forehead with shaking fingers, Sam discovered that the force of the blast had already done the job, taking his eyebrows with it.

They watched in despondent silence as the blackened shell of Sam's 'Lonely Planet guide to England' crumbled into ash.

"You say this is where Saint George killed the dragon?"